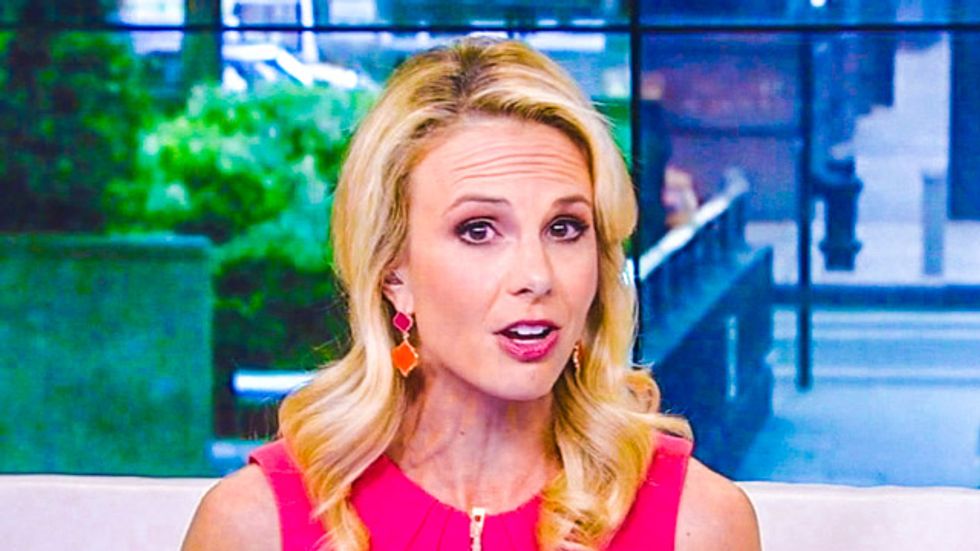 Fox News host Elisabeth Hasselbeck on Thursday morning declared that climate change was just another "product" being "sold" to the American people, which might explain why a recent study found that the network was wrong about the subject 72 percent of the time.

In preparation for next week's annual Earth Day, Hasselbeck and the other hosts of Fox & Friends asked Fox Business personality John Stossel why he was promoting fossil fuels.

"Because that's the only way that poor people -- and there are billions still in poverty -- can lift themselves out of poverty," Stossel explained. "The other stuff isn't good enough."

"It's all symbolism without solution, right?" Hasselbeck opined.

Stossel praised government for enacting regulations in the 1970s, and successfully cleaning up the air and the water. But he added that "they should have then said, stick a fork in it, it's done. Instead, always more. Give us more control."

Co-host Steve Doocy asserted that one of the founders of Greenpeace thought that man made climate change was a hoax.

"The world's getting warmer, but there's no evidence that man is connected to the global warming," Doocy said.

In fact, Greenpeace debunked the idea that industry spokesperson Patrick Moore was a "founder" back in 2010.

"Patrick Moore frequently portrays himself as a founder or co-founder of Greenpeace, and many news outlets have repeated this characterization," the organization noted. "Although Mr. Moore played a significant role in Greenpeace Canada for several years, he did not found Greenpeace."

"For more than 20 years, Mr. Moore has been a paid spokesman for a variety of polluting industries, including the timber, mining, chemical and the aquaculture industries," Greenpeace said. "Mr. Moore has now worked for polluters for far longer than he ever worked for Greenpeace."

For his part, Stossel agreed that the Earth was warming, but he insisted that humans were not causing it, and there was nothing humans could do about it.

"Is it a product?" Hasselbeck asked. "I'm saying, is it something that's being sold -- sold to the American people, sold when scientists do their research."

"I guess you could think of it that way," Stossel nodded. "It's sort of a movement. It's a give-government-more-power movement, and let us manage your life."