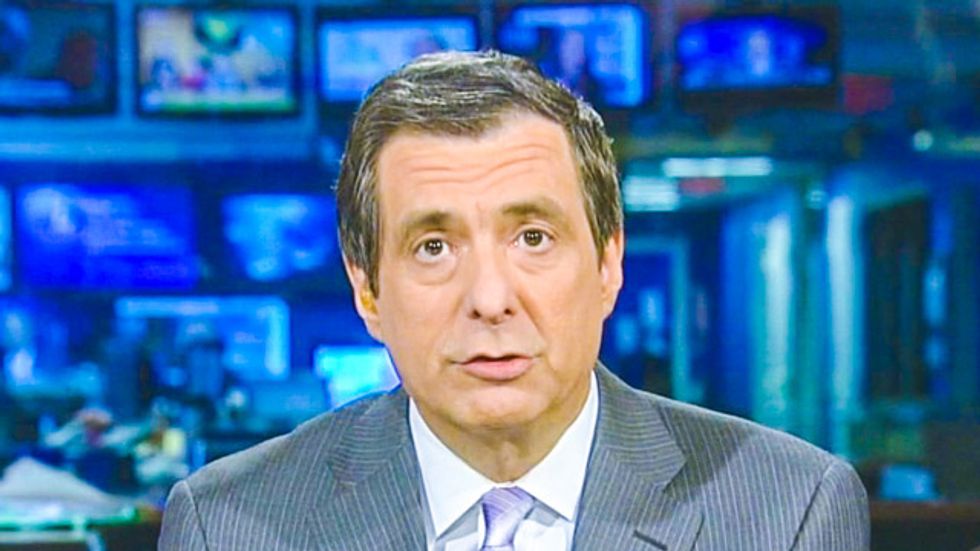 Fox News host and resident media critic Howard Kurtz on Sunday lashed out at his own network for going virtually silent for hours after a Nevada rancher many hosts had been promoting started expressing racist viewpoints.

The New York Times reported on Wednesday that Cliven Bundy had recently held a press conference to blast the federal government for requiring him to pay the $1 million in grazing fees that he owed, but it was his comments about “the negro” and slavery that shut down Fox News’ favorable, non-stop coverage of the rancher.

“I want to tell you one more thing I know about the Negro,” Bundy had said, before ranting about how African-Americans might have been better off as slaves.

For over 9 hours on Thursday, Fox News refused to report on Bundy. At one point, Fox News host Gretchen Carlson even cut off a Democratic strategist who mentioned his name.

Since leaving CNN for Fox News, Kurtz has often turned a blind eye and refused to covered his employer, but the omission of any reporting on Bundy all day was so egregious that it could not be ignored on his weekly show.

"In my view, Fox News fell seriously short on this story on Thursday," Kurtz noted. "All day long until Special Report at 6 p.m. ET, there was virtually no mention of these racist remarks by Cliven Bundy when everybody else was covering it."

"And I think that to ignore a major story that was on the front page of The New York Times at a time when the network -- among others -- had devoted a lot of time to covering this story and to building up Cliven Bundy, I think that gives ammunition to Fox's detractors," he added.

The Washington Post's Dana Milbank saluted Kurtz' "manhood" for having the courage to take on his own network in this case.

"This isn't tea party, this is anarchy, and I think people jumped into that without thinking of where that was going to take them," Milbank explained.