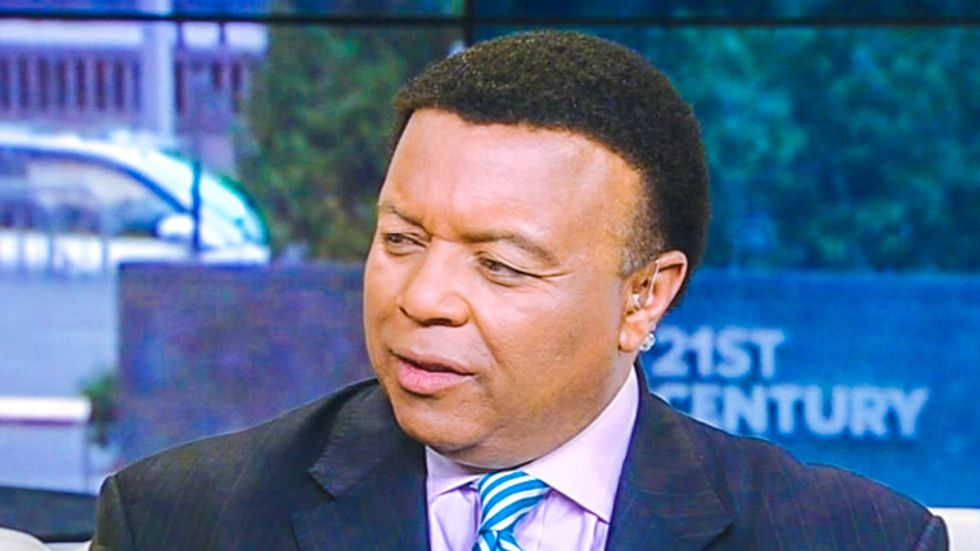 Fox News broke the news Easter morning that the image of Jesus Christ had been found on a pancake, and even had a Catholic priest on hand to evaluate the breakfast food prior to a segment about the "War on Easter."

KABC on Friday reported that employees at a Southern California restaurant were making a "Mickey Mouse" pancake for a child customer when the "face of Jesus" appeared on the pancake.

"It looks like Forest Gump when he was running," co-host Ainsley Earhardt pointed out.

"Is it Jesus?" Goler laughed.

"Let's ask Father Jonathan Morris to weigh in on it," Morris said, turning to the Fox News contributor.

"I did not make that pancake, and I don't claim that is Jesus," Morris insisted. "For the record."

"Jesus is not a pancake!" Earhardt announced.

The remainder of the segment was dedicated to outrage over a group of atheists who had put up anti-religion signs in Chicago, which Fox News has dubbed a "War on Easter."

"Even if you're antagonistic or atheistic," he added. "God says, 'OK, you don't have to believe in me, I'm still going to love you.'"

Morris observed that the Easter message of Christ was that he was willing to lay down his life for others.

"That's a good message," Earhardt agreed. "Not being mad at the atheist group, but to lay down our lives for them and love them."

"Never forget the forgiveness factor, it's all the bottom line about love," Goler opined.