Fox News host: 'Feminism is to blame' when boys do poorly in school 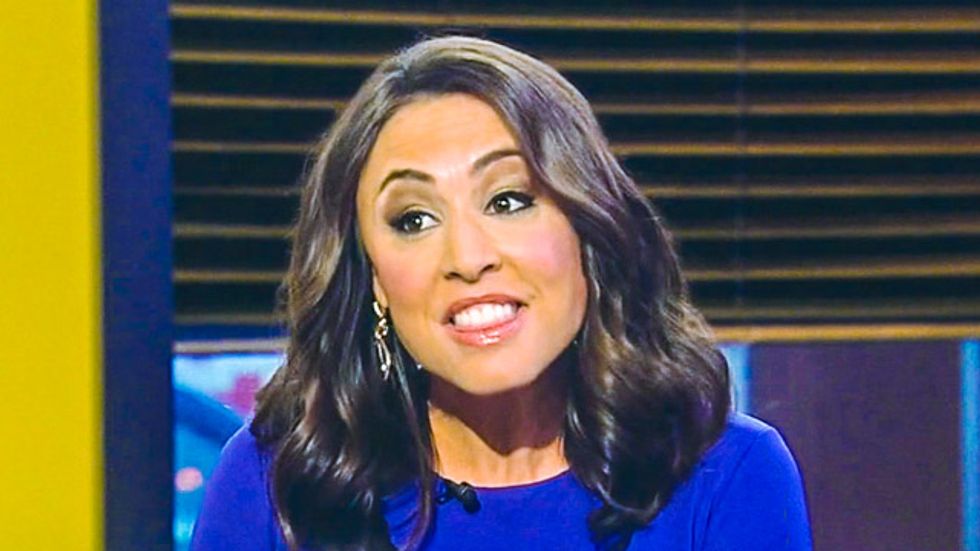 Fox New host Andrea Tantaros on Wednesday asserted that "feminism is to blame" for the recent news that boys were not performing well in school.

Earlier this week, The New York Times reported that the Washington research group Third Way had found a growing gender gap between girls and boys in school. The report noted that only 31 percent of eighth grade boys received a mix of As and Bs, compared with 48 percent of girls.

Third Way linked boys' poor performance to stagnation in wages for male workers, while median inflation-adjusted female earnings have increased by 35 percent in the last 25 years.

On the Fox News show Outnumbered -- where four female hosts "outnumber" one male guest host -- host Sandra Smith pointed to the fact that most teachers were female as a possible reason that boys could be falling behind.

"The boys, they don't have male teachers often times," she said.

"A lot of feminism is to blame for this," Tantaros added. "Right? Because they are saying, 'Listen, girls are falling behind, they've been overlooked.' So, all the focus has been on girls."

"And so now, boys are being forgotten, there's books about the war on boys," Tantaros continued. "And this, I think actually is a problem."

Co-host Harris Faulkner reminded her colleagues that girls faced a "penalty" later in life when they join the workforce.

"But I agree with what you're saying, Andrea, you can't single them out," she said.

Watch the video below from Fox News' Outnumbered, broadcast April 30, 2014.