Fox News host: Obama is 'giving away' the Internet in a plot to tax web page clicks 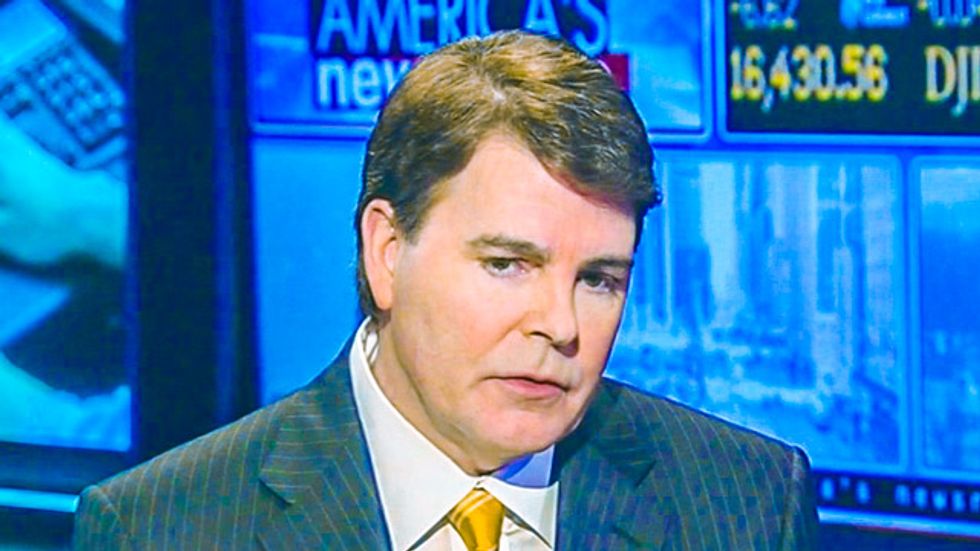 Fox News host Gregg Jarrett asserted on Thursday that President Barack Obama's plan to "give away" the Internet was the first step in a plot to allow taxation of web page clicks.

Last month, the Commerce Department announced that it was moving forward with a 1998 plan to transition the Internet Corporation for Assigned Names and Numbers (ICANN), which controls the global domain system, over to international stakeholders in the private sector.

With the announcement that ICANN was going to be transitioned as planned, Fox News has recently found itself taking the side of big government control.

"Steve Jobs, if he were alive, wouldn't cede control of Apple," Jarrett opined to conservative lawyer Jordan Sekulow on Thursday.

"This is actually a time when I would say that government has done a great job of managing something that you don't want necessarily run by businesses or potential foreign businesses," Sekulow agreed. "Or foreign governments like the U.N. agencies."

Jarrett speculated that President Obama's "guilt" over recent leaks about NSA surveillance had prompted him to "give away" the Internet.

"I can envision this future controlling body, especially if its associated with the United Nations, which is -- remember the food for oil program that was the most corrupt, billions and billions were stolen from it -- I can envision them taxing the Internet," the Fox News host warned. "What then?"

"If you go to Google and you're in Russia, you would pay a tax," he declared. "So, think what that does to Google or Facebook or Yahoo. Your email, your Gmail."

"Why are we giving it away now?" Sekulow asked.

"It makes no sense to a great many people," Jarrett concluded. "And Congress may step in and say, 'Mr. President, you can't give away the Internet. You shouldn't have the ability to do that.'"