Fox 'tough love': Kicking your kid off a skate ramp will make him 'more successful in life' 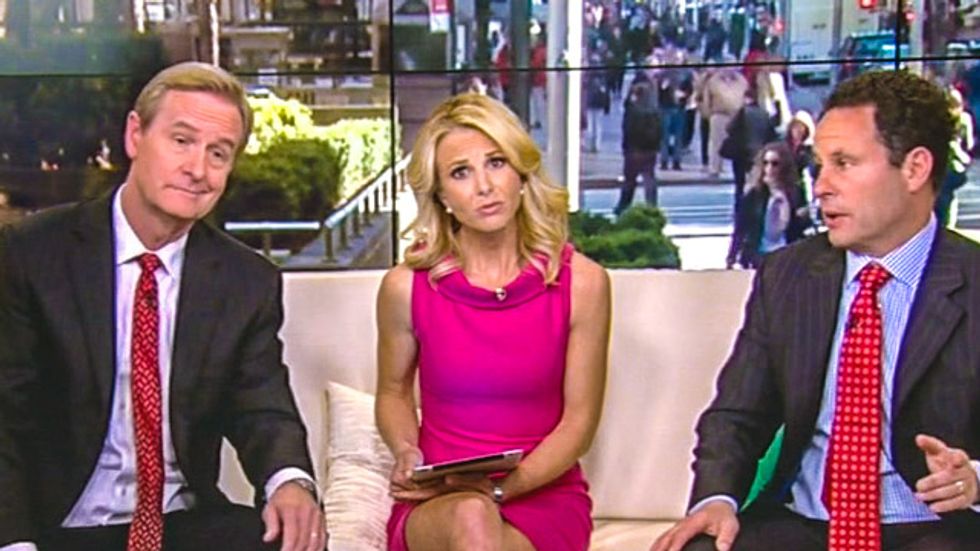 The Florida Department of Children and Families and the Jacksonville Sheriff's Office have expressed an interest in investigating a man for child abuse after a video showed him kicking his son down a skateboard ramp.

After a few moments, the father walks behind the son, and uses his foot to force the child to fall down the ramp. Crossland casually walks away as the child screams in shock.

"Unfortunately parents get so enthusiastic about their kids and their abilities in skateboarding, or baseball, or football or whatever and sometimes they take it a little too far," Kona operator Martin Ramos told the station. "He [Crossland] said he was just caught up in the moment. He seemed very remorseful."

Stephens said that he posted the video because he was shocked by the father's actions.

"He said 'because he needs to learn'. I was like 'pushing him down is not teaching him how to drop in'. And then he said 'do you think you can raise him better than me?' and I said yes," Stephens recalled.

Crossland told First Coast News that he could not comment on the video because he had been contacted by the Jacksonville Sheriff's Office. And John Harrell at the Department of Children and Families told WJXT that the state agency was also interested in talking with the father.

But on Fox News, some were defending Crossland during a segment titled "Tough Love."

"I would never have done that to my son, but it seems that generally parents who are tough on their children do have children who grow up to be successful in life," anchor Heather Nauert noted that one viewer had said in an email.

"Right, if they recover," host Brian Kilmeade agreed. "I mean, he was wearing a helmet. But still."

"He even looked over to see if he was okay," co-host Elisabeth Hasselbeck added in defense of the father.

Watch the video below from First Coast News, broadcast April 26, 2014.