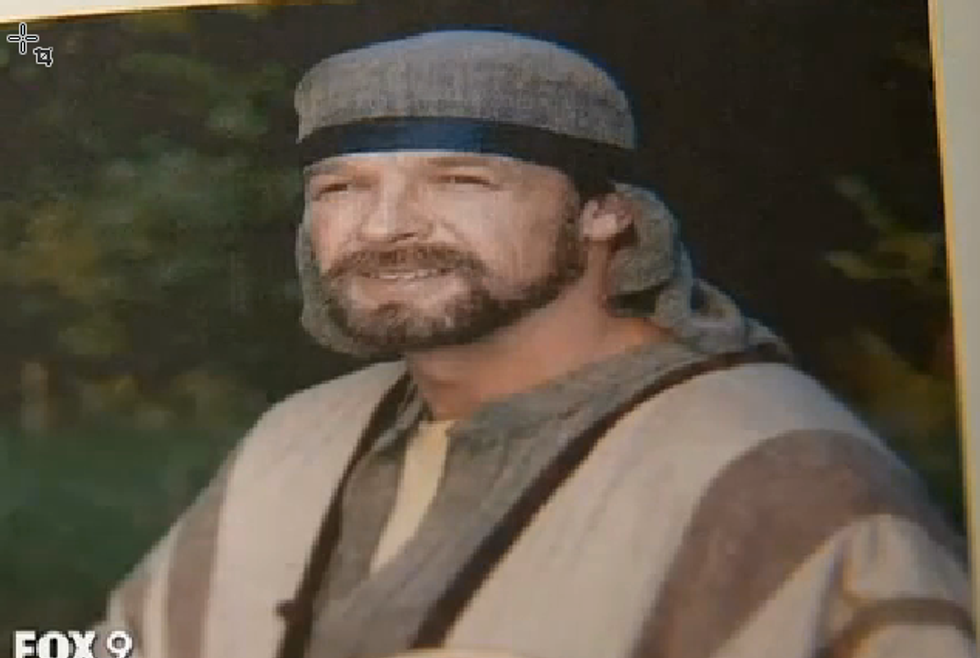 A Minneapolis man who police are calling a cult leader is on the run and facing 59 counts of sexual misconduct involving two young girls in his congregation.

KMSP-TV reported Friday that 52-year-old pastor Victor Barnard of the River Road Fellowship church kept a stable of women and girls for his sexual pleasure, women who he called "The Maidens."

Two of the women, now adults, came forward earlier this year saying that at the ages of 12 and 13, their parents sent them to live with Barnard at a residence called Shepherd's Camp near Finlayson, MN where they joined the Maidens, who numbered about 10 at the time.

Over a period of more than a decade, Barnard regularly had sex with the women. He and many members of the River Road Fellowship fled Minnesota for rural Washington state in 2008 when allegations against him first surfaced.

The pastor went missing earlier this week when the two former followers came forward with their accusations.