George Will: Supreme Court made Obamacare unconstitutional by not striking it down 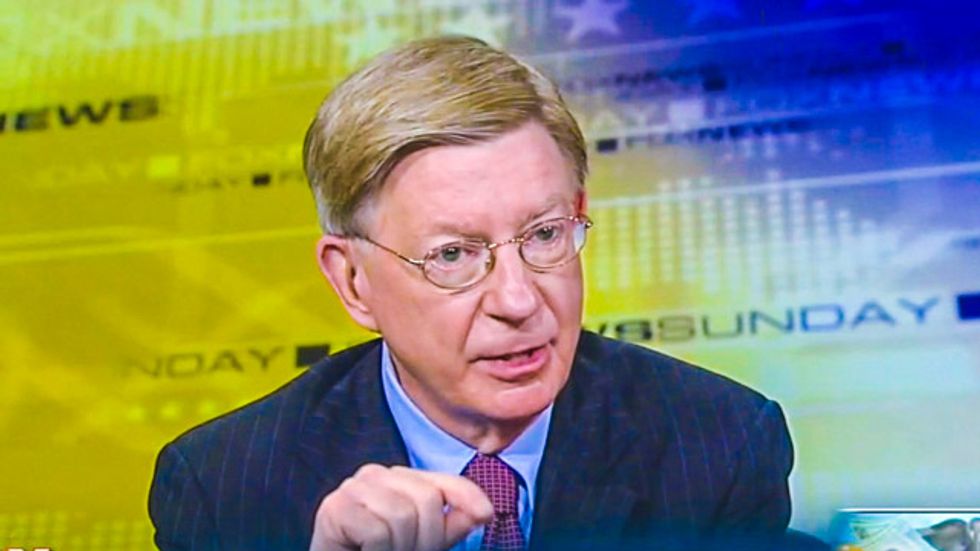 Fox News contributor George Will on Sunday argued that the United States Supreme Court had inadvertently made President Barack Obama's health care reform law unconstitutional when the justices ruled that it was not unconstitutional.

In a 5-4 vote the Supreme Court decided in 2012 that the Affordable Care Act's individual insurance mandate fell within Congress' power to levy taxes.

Almost two years later, Will used this decision to bolster the idea that Republicans could run for office in the 2014 midterms on the platform of destroying the health care reform law.

"On May 8, here in the second-most important court in the land -- the D.C. Circuit Court of Appeals -- there will be an argument that this is objectively a revenue measure," Will explained. "The Supreme Court said as much, a tax measure."

"It did not originate in the House. And under the standards of origination, the whole thing is unconstitutional," he added. "So this argument, again, is far from over."

The Atlantic's Jack Balkin pointed out in 2012 that past Supreme Court decisions had held up laws with tax amendments that had been added to bills by the Senate.