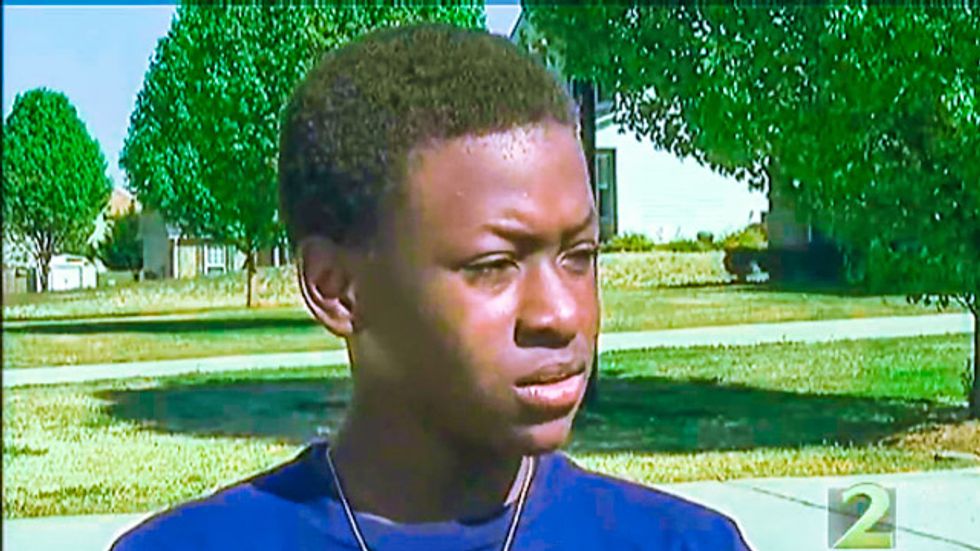 Police in Georgia are investigating reports that officers pulled a gun on African-American children who were building a tree house in their neighborhood.

Omari Grant, 11, told WSB-TV that he and several friends were behind his home constructing the tree fort when a neighbor called 911 with concerns' about the children's safety.

And the Henry County police officers who showed up took the call so seriously that they were prepared to use deadly force.

Omari recalled what happened: "I was thinking that I don't want to be shot today, so I just listened to what they said."

After using foul language, the officer ordered the children to get on the ground, Omari said.

"I learned that they're supposed to help you not make you feel scared to even come outside," the 11-year-old explained.

"If it was justified then we'll deal with it, if it wasn't we'll address it as well," Smith insisted.