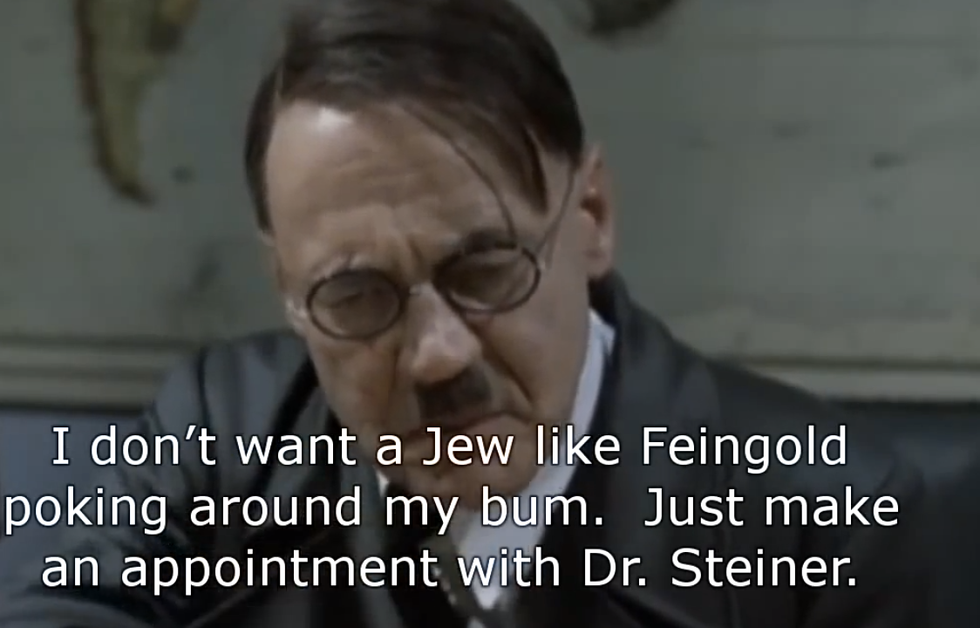 Republican mega-donor Foster Friess posted a parody video on his blog this week using a clip from a German film about Adolf Hitler's last hours to attack the Affordable Care Act -- also known as "Obamacare."

The video, titled, "Hitler finds out he can't keep his doctor," utilizes footage from the climactic "inside Hitler's bunker" scenes from the 2004 film "Der Untergang," or "Downfall." Actor Bruno Ganz, playing Hitler, screamed at his aides before committing suicide with a revolver off camera, playing out what is known, historically, of Hitler's last acts.

Know Your Meme reported that the video has been used as a meme since 2006, when video gamers used substituted captions to complain about the lack of new features in the then-new iteration of Microsoft's "Flight Simulator X" game.

Seven years later, Friess is perhaps using it to try and capture a youthful, edgy vibe around resistance to the ACA. In this version of "Downfall," Adolf Hitler was informed that after his meeting with former White House employee Valarie Jarrett, he will be seeing a Jewish doctor for a prostate cancer check.

"I don't want a Jew like Feingold poking around my bum," Hitler replied in the subtitles. "Just make an appointment with Dr. Steiner."

Hitler's aides informed him the Dr. Steiner is now out of his network, thanks to the ACA.

In the parody video, Hitler reacted incredulously and went on an anti-Obamacare rant that ended in his suicide.

Friess was a major supporter of former Pennsylvania Sen. Rick Santorum (R)'s unsuccessful 2012 run for the presidency. During the campaign, Friess said that if women want access to birth control, all they have to do is put an aspirin "between the knees," like the "gals" did "back in my day."