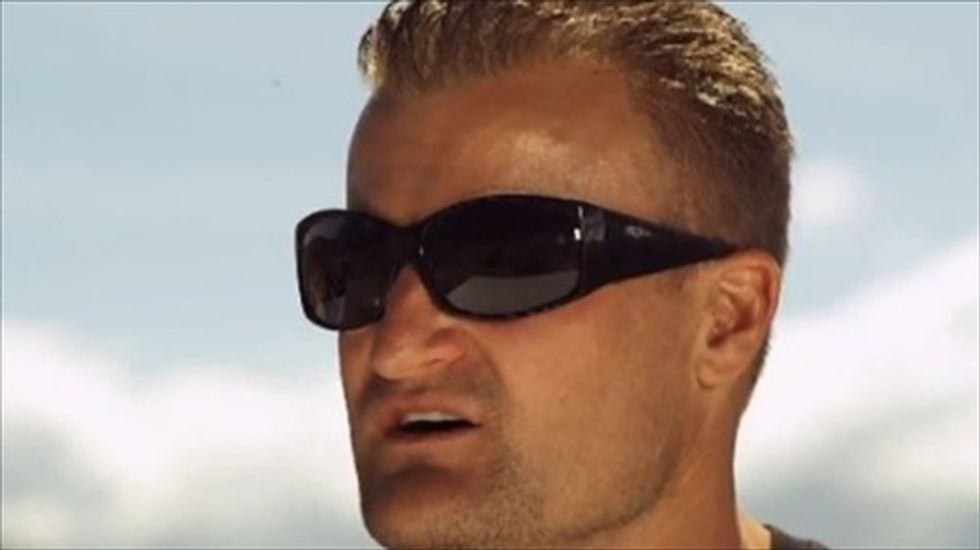 Timothy Zickuhr who appeared on season two of the "Ice Road Truckers" spin-off series, was arrested and charged with assaulting a prostitute and forcing her to jump out of his second-story bedroom window to cover up the attack in December, according to a police report released on Monday.

Zickuhr is scheduled to appear in Las Vegas Justice Court for a preliminary hearing in early May. He posted bond late last year and is out of police custody, the spokeswoman said.

Zickuhr's attorney did not immediately respond to requests for comment.

The police report said Zickuhr hired the prostitute who goes by the name "Snow White" and allowed her to use his ATM card to get her payment. A day later, he accused the woman, whose real name is Lisa Cadeau, of stealing.

"'Tim' began to punch her in the face with a closed fist and continuously threaten to kill her if she did not get him the money," the police report said.

Zickuhr then tied Cadeau up using backpack straps, dumped cold water on her and locked her inside a closet, the report said. He demanded that she give him the telephone number of someone who could bring the money. Cadeau gave him the number of a Las Vegas police officer.

"Help me he's going to kill me," the police report quoted Cadeau as saying, before she started screaming and the call disconnected.

Growing nervous that neighbors alerted by the screaming would call police, Zickuhr forced Cadeau to jump out the window.

The report said he took Cadeau to the Eureka Casino near the Las Vegas strip, believing he would receive the money. Instead he met two police officers and was arrested.

Cadeau could not be reached for comment on Tuesday and the History Channel declined to comment on the incident.

Watch a segment from "Ice Road Truckers: Deadliest Roads" featuring Zickuhr, as posted by the History Channel, below.