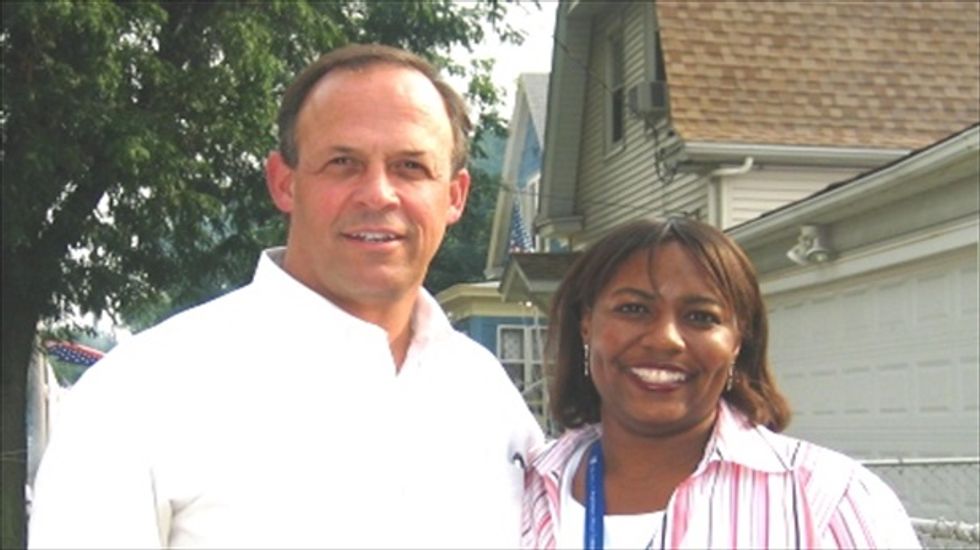 Police in Peoria, Illinois seized computers and cell phones while attempting to find the person responsible for a satirical Twitter account mocking the town's mayor.

The Peoria Journal-Star reported that authorities executed a search warrant on the home on Tuesday night in connection with an investigation into the @Peoriamayor account, which reportedly represented itself as belonging to Mayor Jim Ardis (pictured above, left). The account was suspended earlier this year, but not before adding a line stating it was satirical in nature.

However, it still used the mayor's name, email address and biography and posted content related to sexual activity and drugs, including a comparison between Ardis and Toronto Mayor Rob Ford, who has admitted to using drugs during his time in office. It had around 50 followers and as many posts before being suspended.

Police said the person responsible faces charges of impersonating a public official, a misdemeanor punishable by a maximum one-year jail term and $2,500 fine.

"I don't agree it was obvious, and in fact it appears that someone went to great lengths to make it appear it was actually from the mayor," Chief Steve Settingsgaard was quoted as saying.

Three people were taken from the residence to police headquarters for questioning. Another two residents were brought in from their workplaces.

One of the residents, 27-year-old Michelle Pratt, told the Journal-Star she was put in an interview room alone for three hours before detectives questioned her. "They brought me in like I was a criminal."

Pratt's boyfriend, 36-year-old Jacob L. Elliott, was arrested and charged with possessing 30 to 500 grams of marijuana and possessing drug paraphernalia, but was not charged in connection with the account.

"A parody means it's fake. It was even listed as fake," Pratt told the Journal-Star. "It was a joke Twitter account, and they searched the whole house."

The arrest appears to have spurred the appearance of another parody account, @NotPeoriaMayor, which has a picture of Ardis wearing a Hitler-style mustache and "Mayor Ardis and police chief Settingsgaard can suck it" in the description. It also openly identifies itself as a parody, and posted several tweets mocking both Ardis and the authorities:

I am well pleased with the brave actions taken by my Police force to protect you all from obvious parody... http://t.co/k6T81HOQtp

You're either with us, or you're against us in our fight against Global Parody...

If a friend or loved one does say something mocking about us, your leaders by Divine Right, you must report them to my pet police department