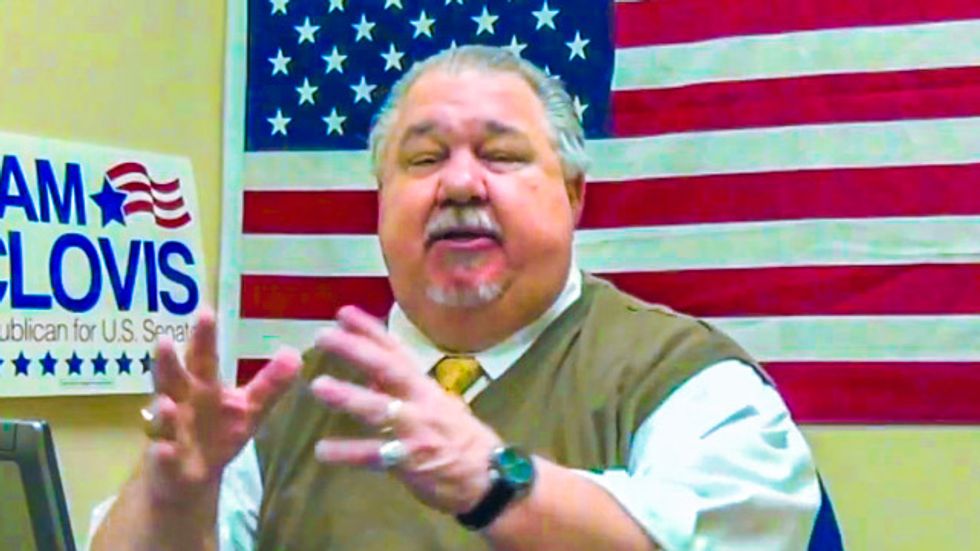 A Republican candidate for the U.S. Senate from Iowa said this week that President Barack Obama would already be facing impeachment if he were a white man.

"I would say there are people in the House of Representatives right now that would very much like to take the opportunity to start the process," Sam Clovis told The Daily Times Herald.

"It's not that what he has done would not rise to the level where it might be impeachable," Clovis continued. "I don't think it's a practical, pragmatic issue. And simply because I don't think the nation is ready for it."

"Now we have a situation where race is thrown into the cards as well," he remarked. "Whether we like it or not, race is an issue."

According to the paper, Clovis did not explain what impeachable offenses the president had committed.

The candidate's remarks sound very similar to conservative radio host Rush Limbaugh, who said last month that Obama wasn't going to be impeached because the American people would not support "removing the first black president."

Listen to the audio below from The Daily Times Herald, broadcast April 8, 2014.

Clovis on Obama impeachment by Dailytimesherald on Mixcloud