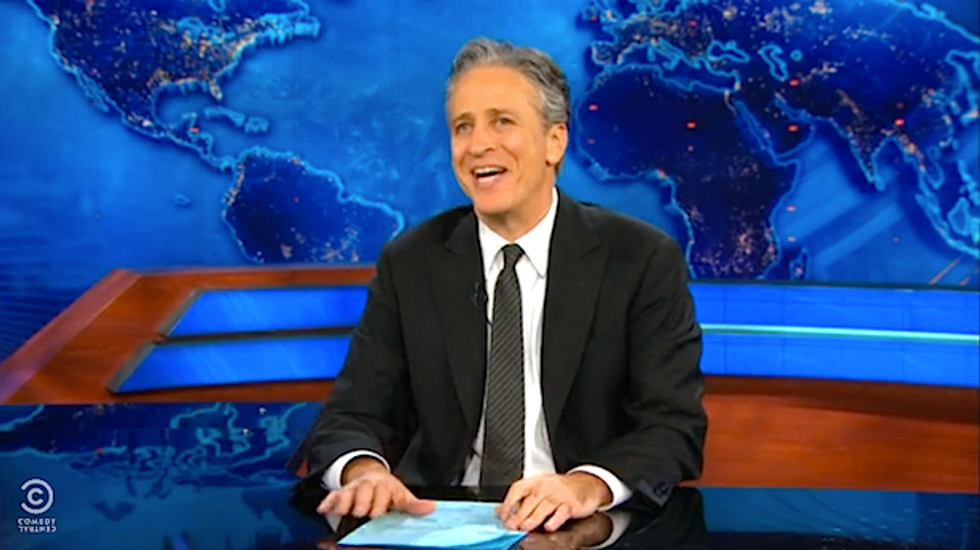 Daily Show host Jon Stewart tore into the weeklong spring break "expose" hosted by Fox News' Sean Hannity, pointing out that Hannity and his guests were more interested in bragging about their own college exploits than actually watching out for the students enjoying themselves today.

"What kind of sh*tty parents let their kids go to spring break? Oh, right -- your sh*tty parents," Stewart said. "You clearly don't want kids today doing the terrible things you have such fond memories of doing."

Hannity's five-part "report," Stewart said, gave him the chance to air "inappropriate T&A footage" on a loop while concern-trolling. At one point, the Daily Show host played a clip of Hannity despairing over the "tragic results" of spring break partying over footage of a young woman "twerking" toward the camera.

"Shortly after filming that piece, that young woman blew out her left buttcheek," Stewart intoned. "Doctors say she may never twerk again. Perhaps she'll have to file for twerkman's comp."