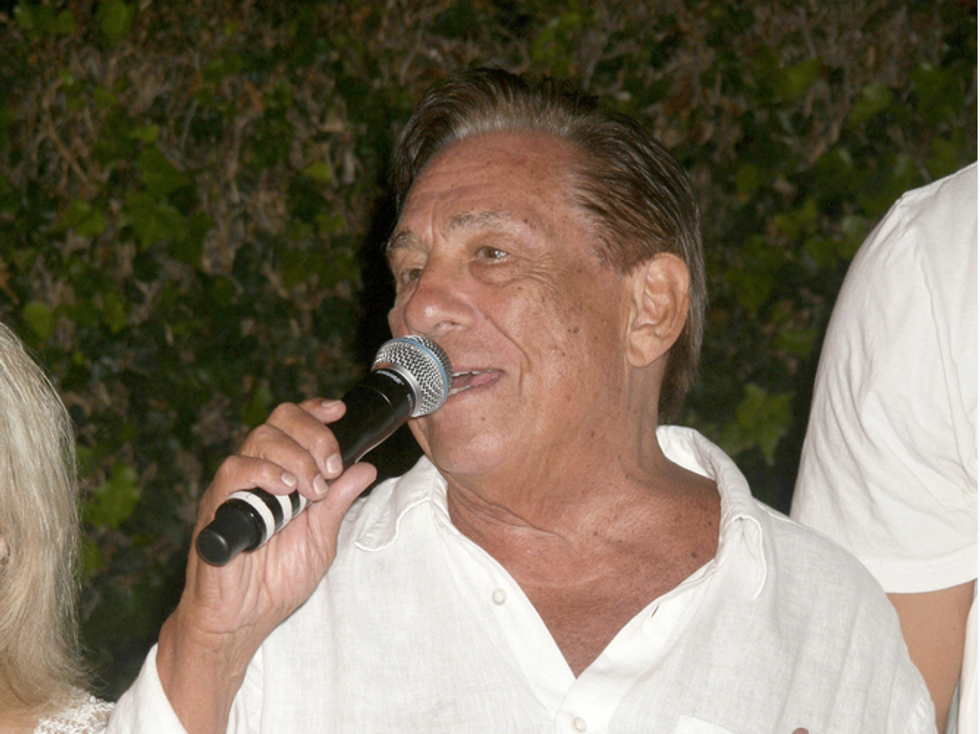 Donald Sterling, owner of the Los Angeles Clippers basketball team, was caught on tape in a heated racist rant at his biracial girlfriend V. Stiviano.

TMZ Sports reported Friday night that Sterling was angry at Stiviano for posting an Instagram photo of herself with basketball legend Magic Johnson.

"Why are you taking pictures with minorities?" he demanded in the recorded conversation. "It bothers me a lot that you want to broadcast that you’re associating with black people. Do you have to?"

"You can sleep with [black people]," Sterling said. "You can bring them in, you can do whatever you want. The little I ask you is not to promote it [online] and not to bring them to my games."

He went on to say that Stiviano should not only refrain from bringing Magic Johnson to games, but that she must not ever appear with him again "in your lousy f*cking Instagrams."

Sterling faced legal action in 2003 when a number of tenants sued him for racist housing practices. As an L.A. landlord, the millionaire was accused of trying to drive black and Latino tenants from their homes in order to raise rents.

In 2009, when Sterling bought apartment building the Ardmore, he reportedly told property manager Sumner Davenport that he wanted the building's black and Latino tenants out.

"(A)ll the blacks in this building, they smell, they’re not clean,” Sterling said. "And it’s because of all of the Mexicans that just sit around and smoke and drink all day. So we have to get them out of here.”