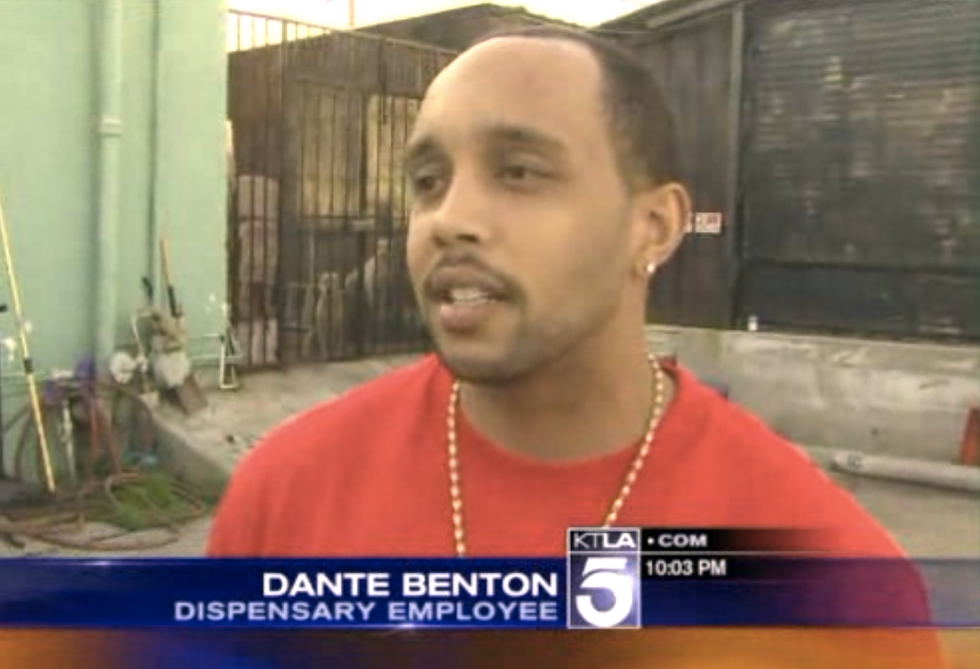 Two Los Angeles County Sheriff's deputies were arrested and charged over an incident three years ago in which they reportedly planted drugs and illegal weapons at a marijuana dispensary in order to make arrests.

KTLA reported that former deputies Jesus Martinez and Anthony Paez were arrested Friday and charged with one felony count each of conspiracy to obstruct justice and altering evidence. Martinez was additionally charged with two counts of perjury and one count of filing a false report.

The two officers are longtime veterans of the Sheriff's Department. The charges against them were filed as part of an ongoing federal investigation of the L.A. County Sheriff's Office regarding police brutality and unfair treatment of jail inmates.

Martinez and Paez were in South L.A. when they allegedly saw a "hand-to-hand drug transaction" taking place at a marijuana dispensary called Superior Herbal Health. They followed the suspect inside and then reportedly worked in concert to disable the pot shop's power and video surveillance equipment.

The L.A. District Attorney's Office said that two officers then reportedly planted three firearms and Ecstasy pills on the premises in order to arrest Antonio Rhodes and Johnny Yang for illegal possession of the drugs and firearms.

The complaint against the two former deputies -- they were fired in February of 2013 -- also states that they did not have a warrant to search the marijuana dispensary when they entered the premises and made the arrests.

An internal investigation of the department in 2012 found video evidence from Superior Herbal Health's video surveillance system that was inconsistent with Martinez and Paez's version of events. If convicted, the men face up to 7 years in prison.

Watch video about this story, embedded below via KTLA: