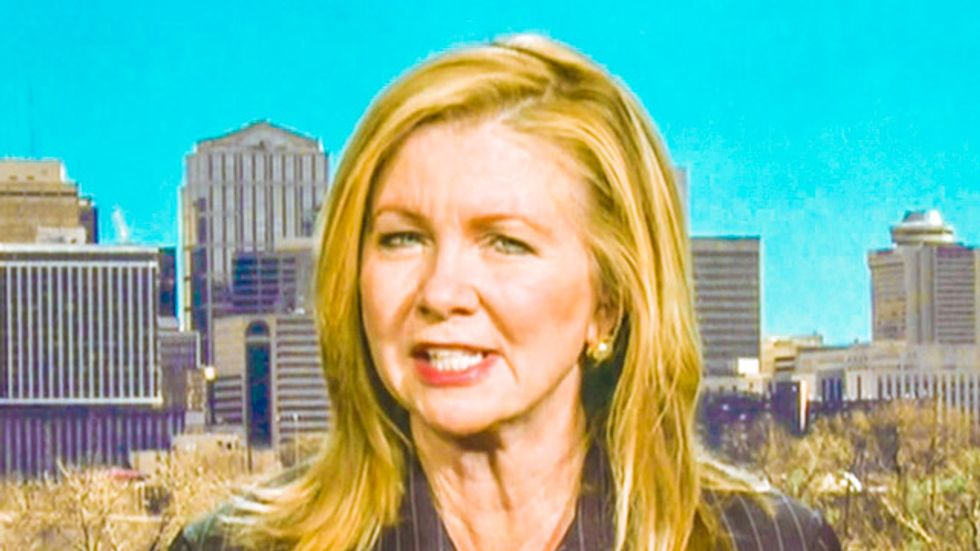 Rep. Marsha Blackburn (R-TN) asserted over the weekend that the Republican Party was the party of "women's equality" days after Senate Republicans blocked the Paycheck Fairness Act.

In a party line Senate vote last week, Republicans refused to allow debate on a bill that would have require employers prove that women were not being discriminated against.

CBS host Bob Schieffer on Sunday asked Blackburn if the vote would hurt Republicans with women voters in the midterm elections.

"I find this war on women rhetoric almost silly," Blackburn insisted. "It is Republicans that have led the fight for women's equality. Go back through history! And look at who was the first woman to vote, to get elected to office, to go to Congress, four out of five governors."

The Tennessee Republican argued that GOP senators had blocked the Paycheck Fairness Act because it was "it was going to be helpful for trial lawyers."

"We're all for equal pay!" Blackburn said. "I would love for women to be focused on maximum wage, and I have fought to be recognized with equality for a long time. A lot of us get tired of guys condescending to us."

She added that the larger problem for women was "access to capital," regulations and President Barack Obama's health care reform law.