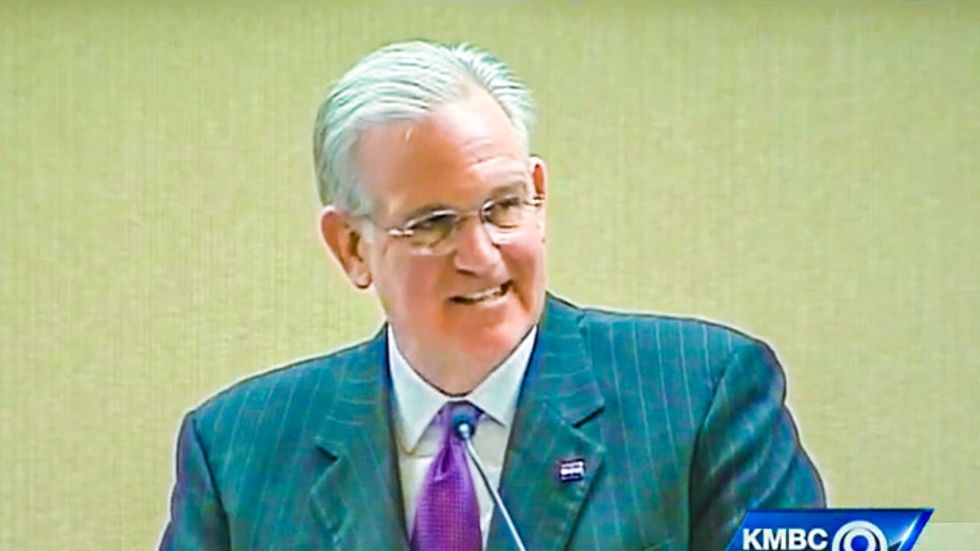 Republicans in the Missouri legislature are schedule to begin impeachment proceedings against Democratic Gov. Jay Nixon on Wednesday because he has said that same-sex couples could file state returns jointly, allowing them to receive the same tax breaks as straight couples.

Although Missouri does not allow same-sex couples to marry within the state, Nixon announced last year that couples who were married out of state could file jointly. The governor argued that because Missouri's tax system was so closely linked to the federal system, it made sense to follow federal guidelines.

According to Ituit's TurboTax tips, filing jointly allows married couples to receive one of the largest standard deductions possible.

"On the other hand, couples who file separately receive few tax considerations. Separate returns may give you a higher tax with a higher tax rate. The standard deduction for separate filers is far lower than that offered to joint filers," Intuit noted.

Lawmakers like state Rep. Nick Marshall (R) immediately called to impeach Nixon, saying that he had violated the state constitution, which says that a marriage "shall exist only between a man and a woman" to be "valid and recognized in this state."

Missouri State University professor Brian Calfano, however, has pointed out that Nixon's order did not violate the state constitution.

"If you have a contractual obligation in one state, other states have to recognize that, and that would include marriage," Calfano explained to KOZL earlier this year. ""Is this something we should be focusing on, given the economic issues and funding issues for education and other issues in the state? I think for most people, including many conservatives and Republicans, the answer is no."

A second Republican has called to impeach Nixon for not calling special elections quickly enough. And a third GOP lawmaker believes that the governor should have handed out harsher punishments for officials at the state Department of Public Safety who released the names of residents with permits to carry concealed handguns.