NASA chief touts deep space exploration: We can only survive if we are a multi-planet species 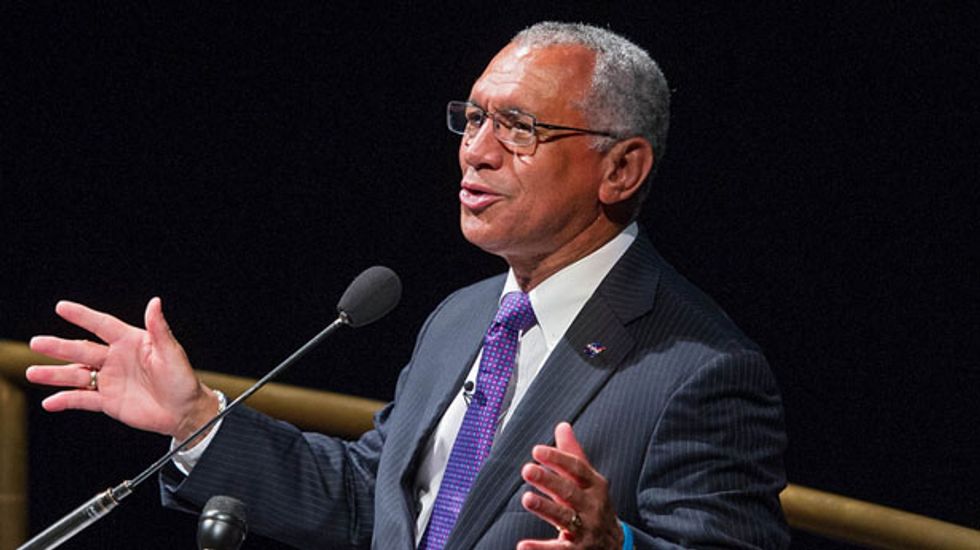 NASA administrator Charles Bolden said Tuesday that humanity faced certain extinction unless it developed the technology to colonize other planets.

"We today are Earth-reliant," he said at the Humans to Mars Summit 2014, held at George Washington University in Washington. "We are dependent on being on this planet. We are not a multi-planet species yet. I don't know whether Buzz [Aldrin] is going to talk about it later, but Buzz and I agree on a number of things -- one of them is that only multi-planet species survive for long periods of time."

He warned the Sun -- like all stars -- had a finite lifespan.

"If this species is to survive indefinitely we need to become a multi-planet species," he continued. "One reason we need to go to Mars is so we can learn a little about living on another planet, so that when Mikaley my granddaughter is ready to move out of the solar system we will know a lot more about living away from this planet than we know today. Mars is a stepping stone in the approach to other solar systems and other galaxies and things that people have always dreamed of but frequently don't talk about."

The NASA chief said a manned mission to Mars was possible if Congress restored the space agency's budget. NASA plans to send a manned spacecraft to an asteroid by 2025 and then travel to the red planet in the 2030s.