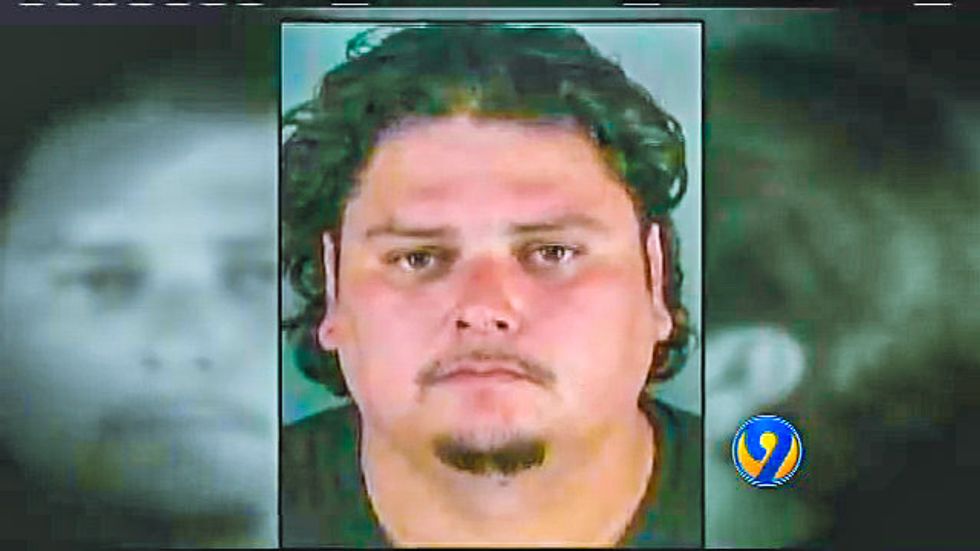 A North Carolina man was charged on Friday with 18 counts of assault with a deadly weapon after he emptied his gun into a nightclub because he was kicked out for trying to put his hands inside one of the dancer's pants.

The Gaston Gazette reported that 33-year-old Mario Chavez had been arrested early Friday after firing more than a dozen bullets into the Leather and Lace strip club.

A 24-year-old dancer who worked at the club said that Chavez had received several "VIP" private dances before the shooting occurred.

At some point, one of the dancers accused the suspect of touching her inappropriately, and he was asked to leave. According to police, Chavez had tried reach inside one of the dancer's underwear, and had slapped her on the hip.

“He told the bouncer that he’d done apologized to me and the bouncer told him that I’d done gave him a warning and he was going to have to leave,” the dancer, who wished to remain anonymous, told the Gaston Gazette.

That's when Chavez allegedly walked to his truck, picked up a .40-caliber Beretta handgun and began firing at the building. Police reports said that Chavez ran out of ammunition or the gun jammed, so he went back to his truck for a 9 mm Taurus handgun, and fired at least seven more shots at the nightclub. Two more shots were reportedly fired as Chavez drove away.

“I was afraid I wasn’t going to make it home,” one of the dancer's remarked. “The music was on so we didn’t know what was going on. It was just a pop, pop, pop... Everybody got down on the floor. You could see bullet holes in the wall.”

“The wood chips were coming out of the wall like something you see in a movie,” a 24-year-old male customer recalled. “Everybody was diving to the floor and jumping behind something. The dancers were the ones who were really terrified.”

None of the 18 people who were in the building at the time were injured.

At a court hearing on Friday, Chavez told the judge that he could not afford a lawyer because he was dealing with health issues.

"I got a hernia," he insisted. "I will be seeking surgery."

Chavez was being held at the Gaston County Jail on $1 million bond.

The victim said that she started dancing at the club because she could make up to $1,000 a week, but she said that she was already considering other lines of work.

“I’m getting too old for the drama," she observed.