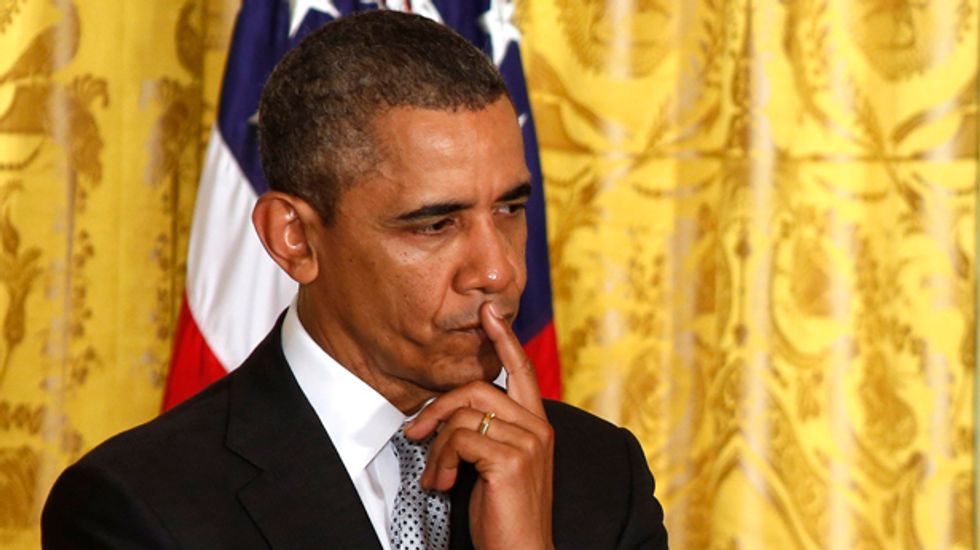 U.S. President Barack Obama pauses before talking about the Fort Hood shooting in Texas, while he hosts a ceremony welcoming the United State's Olympic and Payalympic teams from the 2014 Winter Games in Sochi to the East Room of the White House, in Washington April 3, 2014. REUTERS/Larry Downing (UNITED STATES - Tags: POLITICS SPORT OLYMPICS CRIME LAW)

WASHINGTON (Reuters) - President Barack Obama will launch two new executive actions this week aimed at increasing transparency about women's pay in a continuing effort to ensure women are paid equally to their male counterparts for similar work, the White House said on Sunday.

Obama and his advisers often cite the fact that the first law the president signed after taking office in 2009 was the Lilly Ledbetter Fair Pay Act, which extended time periods for employees to file claims for wages lost as a result of discrimination.

Women make up a critical constituent bloc that propelled Obama into the White House, and his advisers are eager to show the U.S. leader's commitment to advancing policies that are important to women.

Despite the advancements of the Lilly Ledbetter law, named for a woman who fought against her own pay discrimination, the White House said more needed to be done.

"A central challenge that remains to enforcing equal pay laws is pay secrecy. If women do not even know that ... they are underpaid, they cannot take steps to remedy the pay gap," a White House official said.

"For example, Lilly Ledbetter was paid less than her male co-workers for decades without realizing it until someone took a risk and slipped her an anonymous note."

To help address that issue, Obama on Tuesday will sign an executive order to prevent federal contractors from "retaliating" against workers who discuss their compensation.

"The executive order does not compel workers to discuss pay nor require employers to publish or otherwise disseminate pay data," the official said. "But (it) does provide a critical tool to encourage pay transparency, so workers have a potential way of discovering violations of equal pay laws and (are) able to seek appropriate remedies."

Obama also will direct the U.S. secretary of labor to create regulations that require federal contractors to submit to the government summary data on employee compensation including details on sex and race.

The Labor Department would use such data to encourage voluntary compliance with equal pay laws, the official said.

The move comes ahead of consideration in the U.S. Senate for the Paycheck Fairness Act, which would update equal pay laws by barring all employers - not just federal contractors - from punishing workers who share information about their pay.

Obama has taken other executive actions this year in an effort to show independence from Congress, where partisan divisions have complicated efforts to advance other White House priorities such as immigration reform.

As a follow-up to another executive action from 2013, Obama on Monday will announce the winners of $107 million in grant money for high schools and partner organizations working to prepare students with skills needed for careers in industry after graduation.