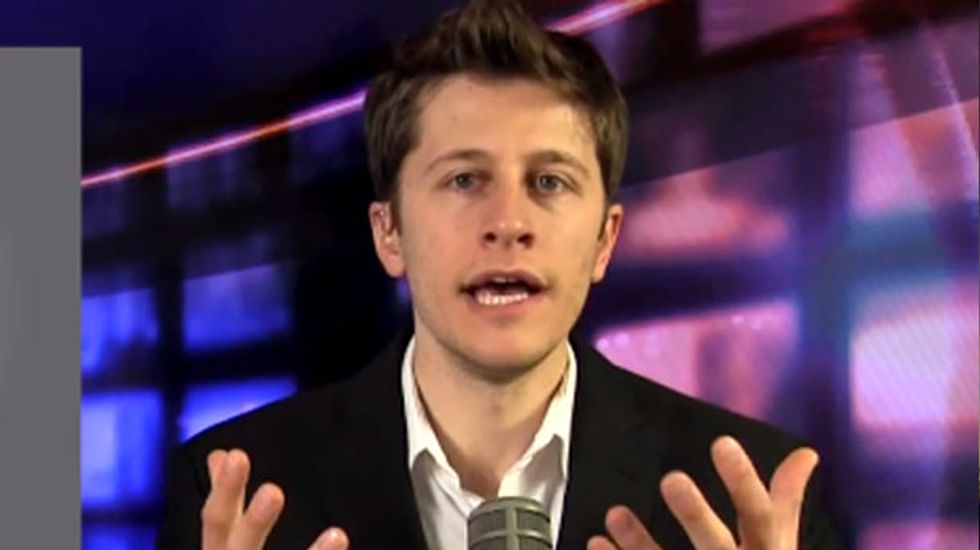 CNN's Headline News on Tuesday night used a photo of a Jewish host while interviewing a former neo-Nazi about an anti-Jewish hate crime in Kansas.

The incident occurred as Dr. Drew was doing a phone interview with Frank Meeink about Kansas shooting suspect Frazier Glenn Miller Jr. A photo of David Pakman, host of The David Pakman Show on YouTube, appeared on the screen. The photo was wrongly identified as "Frank Meeink: Former neo-Nazi."

Pakman told Raw Story he was scheduled to appear later in the program.

"It was both funny but horrifying, especially because of how tense things are right now in terms of Judaism and anti-Semitism, including because of the Kansas shooting, which was the topic I was on to discuss," he remarked. "I immediately received emails and tweets from confused and angry people, but at the same time many, many people found it hilarious."

Miller, a former Ku Klux Klan leader, has been charged with murder for killing three people at two Jewish facilities near Kansas City.

Pakman interviewed Miller in 2010 when the alleged murder was running for the Senate in Missouri. Pakman has recently appeared on various news programs to discuss Miller's history of hate and racism.