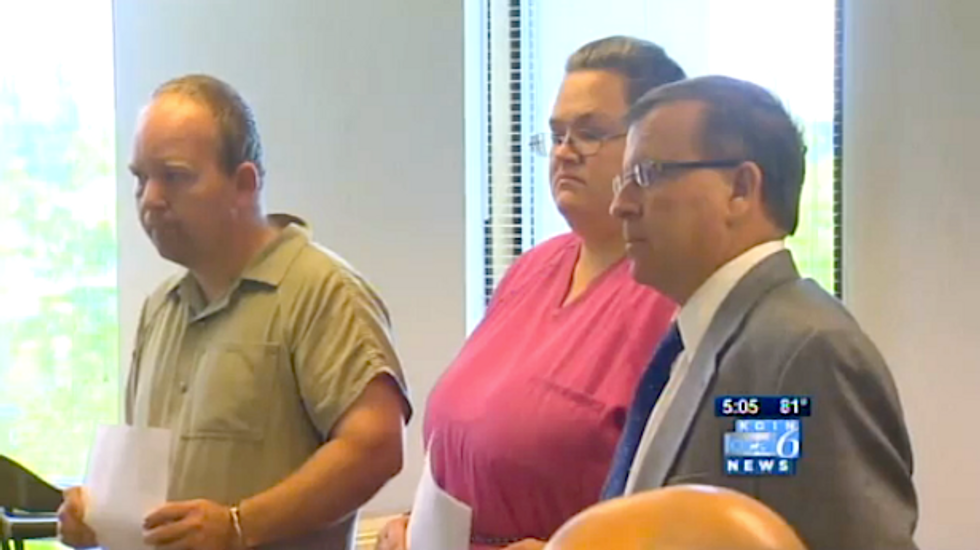 Attorneys for an Oregon couple accused of allowing their daughter to die of untreated diabetes complications don’t want jurors to hear about their faith-healing beliefs at trial.

Defense attorneys argue that evidence regarding the religious beliefs and practices of Travis and Wenona Rossiter would be prejudicial, reported the Albany Democrat-Herald.

The Rossiters, who are from Albany, are members of the fundamentalist Church of the First Born, which teaches that medical treatment is sinful and instructs followers to trust in God to heal them through faith.

Since 1976, at least 82 children linked to the church have died from lack of medical treatment, according to Children's Health Care Is A Legal Duty.

Prosecutors plan to show 12-year-old Syble Rossiter was deprived of life-saving medical care by her parents, who instead relied on faith-healing rites.

“They knew she was in great peril,” said Prosecutor Keith Stein. “They didn’t seek out medical care, and the reason they didn’t do it was their religious beliefs. This is what the case is about, and in truth, this is what happened.”

An autopsy showed the girl died from diabetes complications, and prosecutors said she lost so much weight in the month before she died that a teacher confronted Wenona Rossiter about it.

The couple’s attorneys argued that evidence of their religious beliefs were irrelevant and prejudicial.

“My client is requesting he be tried for the actions of that day, not for his religious beliefs,” said Tim Felling, Travis Rossiter’s attorney.

Linn County Circuit Court Judge Daniel Murphy did not rule on the faith-healing issue during a hearing Friday, but he granted a pair of defense requests about other related evidence.

The judge agreed to exclude information about the 1994 death of Wenona Rossiter’s 7-year-old brother, who passed away after his parents refused to provide medical care for his leukemia.

A Linn County jury convicted her father, Loyd Hays, of criminally negligent homicide in 1996 and a judge sentenced him to five years of probation.

His wife, Christina Hays, was acquitted in the boy’s death.

The judge ruled that the two children had died of completely different causes, so he didn’t see the relevance of the prior case.

Murphy also ruled against allowing evidence of prior instances of her parents denying medical treatment to their daughter.

“It doesn’t prove they acted recklessly in this case,” the judge said.

Murphy denied a defense motion to exclude testimony from a doctor who specializes in child diabetes.

The Rossiters will be tried together on manslaughter charges in the February 2013 death of their daughter.

Watch this video report about the case posted online by KOIN-TVs: