Pat Robertson: Buying stuff 'by computer' is the 'Mark of the Beast' 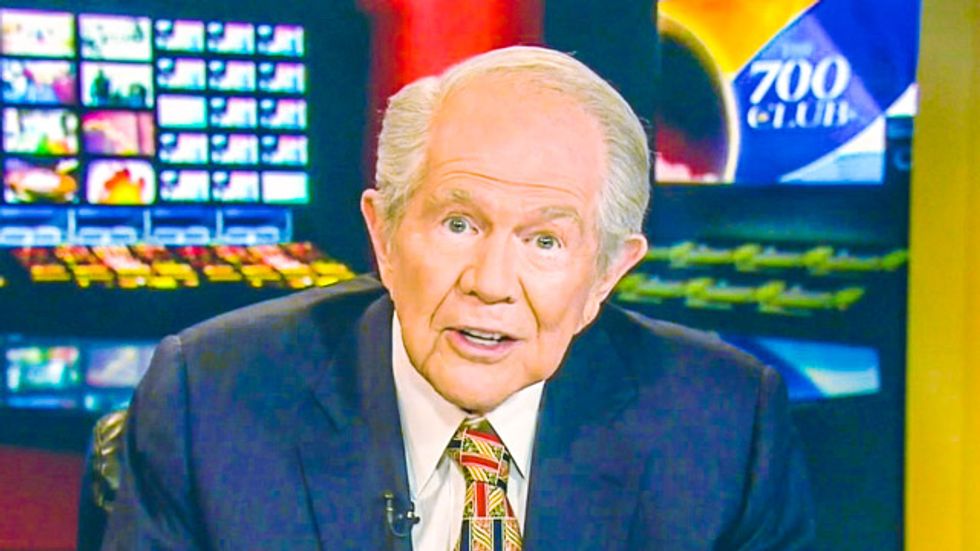 Televangelist Pat Robertson warned on Thursday that the government was pushing technologies that would force every financial transaction to be controlled "by computer," and it could be the "Mark of the Beast" described in the Bible's book of Revelation.

"The Bible says that they cannot buy or sell without the Mark of the Beast," Robertson noted in a segment about new financial technologies. "And people said, 'Oh, well, that just fanciful Hebrew rhetoric that doesn't apply to anybody real.' Who would have thought that we could live in an age that that could literally come to pass?"

"There will be a time when humanity will be forced to take a mark," she said. "And that mark will be on the right hand or the forehead. It is the number 666."

But Robertson worried that it was not just RFID that was a sign of the End Times, it was all electronic financial transactions.

"We don't want to scare people," he insisted. "The times going to come, we're not going to have any cash. We don't need cash."

"We're going into some strange world, ladies and gentlemen," the TV preacher continued. "The pros -- the people who are in charge -- find that paying cash are an annoyance, and they want everything on your cards. And they want it all by computer."

"I hate to tell you, it's coming. Because it is a control thing. And Satan wants to control the lives of all the world. He wants to be God, he wants to be worshipped as God. And he wants to have control over everybody, and that's how it will be done."

Robertson concluded: "Can't buy, can't sell without the Mark of the Beast."