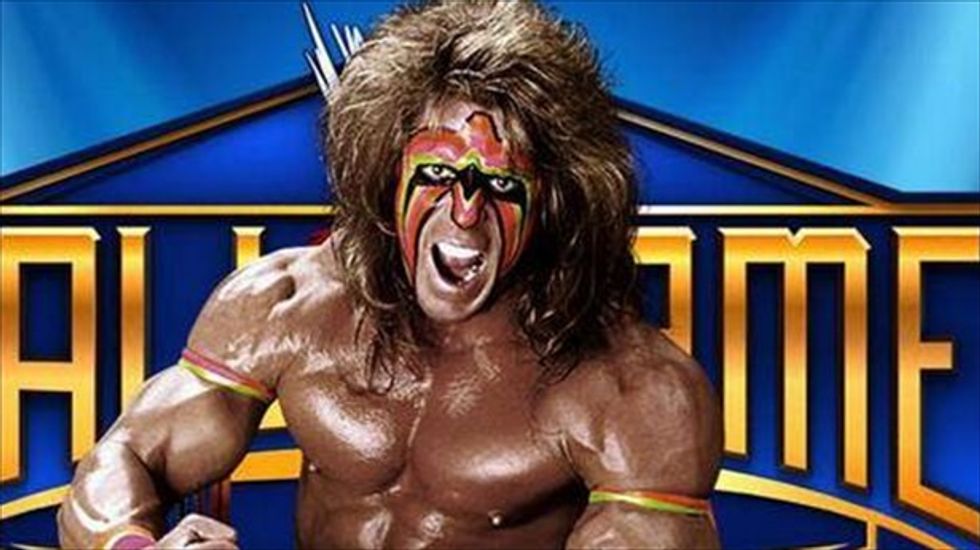 The former pro wrestler known as The Ultimate Warrior died Tuesday night in Arizona. He was 54.

According to ABC News, World Wrestling Entertainment issued a short statement saying it was "shocked and deeply saddened" to learn of his passing.

In 1990, WWE (then known as the World Wrestling Federation) positioned Warrior as its leading attraction by scripting him to capture its heavyweight championship from Hulk Hogan less than two years after Warrior debuted with the company. Fans had quickly embraced his look -- like he'd stepped out of a Frank Frazetta painting -- and his over-the-top characterizations.

Warrior was being groomed to replace Hogan, whose career was on believed to be its downhill side. But within three years, Hellwig left the company after disagreements with management over his storylines and salary, and allegations of steroid use.

In 1993, two years after his departure, Hellwig legally changed his name to Warrior, setting off a legal battle over the right to use the makeup and costuming associated with the character, which was ultimately settled in Warrior's favor. Aside from a brief stint with WWE's then-top competitor, World Championship Wrestling, Warrior hovered in semi-retirement while promoting outside projects.

Warrior briefly returned to WWE in 1992 and 1996, but in 2005, the company released a DVD, The Self-Destruction of the Ultimate Warrior, that cast his tenure in a harsh light, featuring extensive criticism by company officials.

But in recent years, WWE once again began to feature him in promotional materials, eventually leading to the "Hall of Fame" ceremony this past weekend, in which he revealed that he signed a multi-year contract to serve as an ambassador. He also appeared on the promotion's Monday Night Raw show Monday night.

"Every man's heart one day beats its final beat, his lungs breathe their final breath," he said on Monday. "And if what that man did in his life makes the blood pulse through the body of others and makes them believe deeper in something larger than life, than his essence, his spirit, will be immortalized."

Warrior is survived by his wife, Dana, and their two daughters.

Watch video of Warrior's last public appearance on Monday night in New Orleans, as posted by WWE, below.