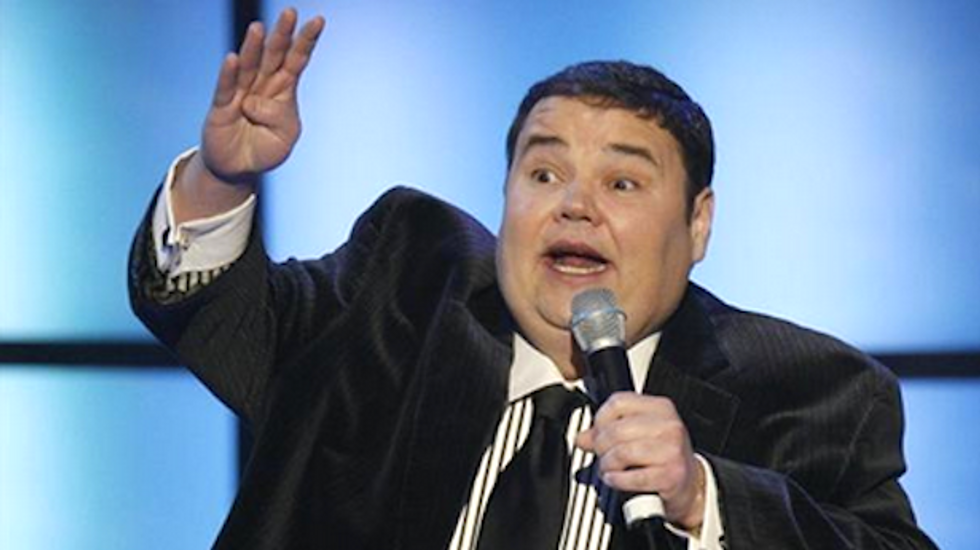 John Pinette, a stand-up comedian who guest-starred as the victim of a carjacking in the final episode of the comedy show "Seinfeld," has died at age 50, an official said on Sunday.

Pinette was found dead inside a Pittsburgh, Pennsylvania, hotel room on Saturday, an official with the Allegheny County Medical Examiner's Office said.

Pinette died from natural causes and was discovered by family members, the official said.

A native of Boston, Pinette was known for making jokes about his weight during his stand-up performances whose titles included "I'm Starvin'!" and "Show Me the Buffet." In 2011, his "Still Hungry" special premiered on Comedy Central.

Pinette also appeared in movies like "Junior," "The Punisher" and "Dear God."

In the final episode of Seinfeld, Pinette portrayed an overweight man who gets carjacked at gunpoint. The show's stars stand by and watch the incident and make fun of the man's weight before they are arrested by a police officer for violating the "Good Samaritan Law."

The medical examiner's official said Pinette was in Pittsburgh to attend a wedding.