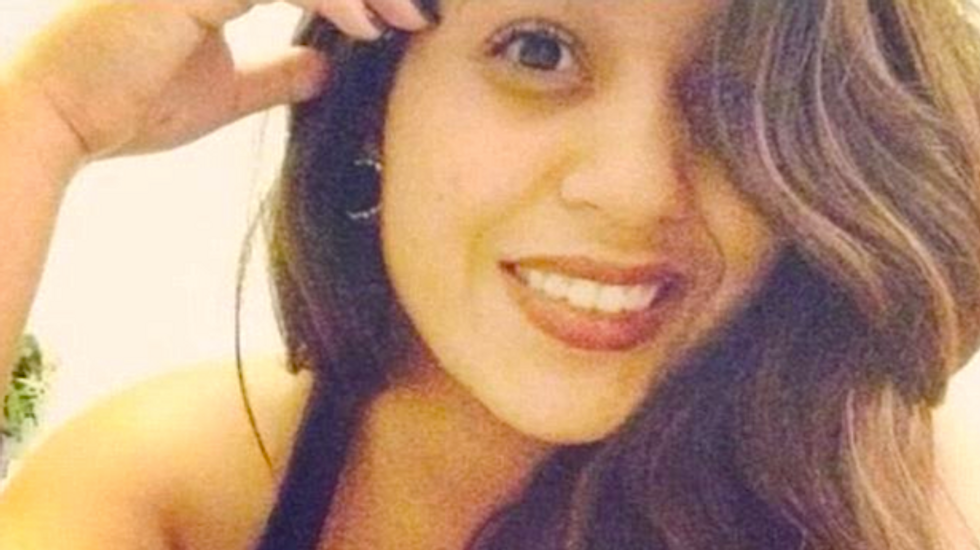 A 16-year-old girl asleep in her bed was killed early Sunday when a suspected drunk driver careened into an apartment building in southern California, law enforcement officials said.

Robert Rodriguez, 20, of Palmdale, was arrested on suspicion of driving under the influence of alcohol and was charged at the Palmdale Sheriff's Station with vehicular manslaughter, the Los Angeles County Sheriff's Department said in a statement.

"The driver was at a high rate of speed and either tried to turn or lost control, impacted the curb and went into the apartment building," Sergeant David Sauer of the Los Angeles County Sheriff's Department said.

The driver "unfortunately killed a teenage girl that was inside the apartment," Sauer said.

If toxicology reports confirm that Rodriguez was under the influence of drugs or alcohol, he could face other charges, a spokeswoman with the sheriff's department said.

Rodriguez was being held on $100,000 bail. It was not known whether he had obtained an attorney.

Video from the scene showed a gray sport utility vehicle that had crashed into the ground-floor apartment about 3:15 a.m..

Witnesses told authorities the vehicle was moving at roughly 80 miles per hour (129 km per hour).

"She was my little sister. I just hope people who drink and drive ... I mean ... they are just causing pain for many families," the victim's sister told KCAL-TV.

Apartments adjacent to the crash scene were evacuated to allow building inspectors to assess whether the building's foundation had been damaged, Sauer said.