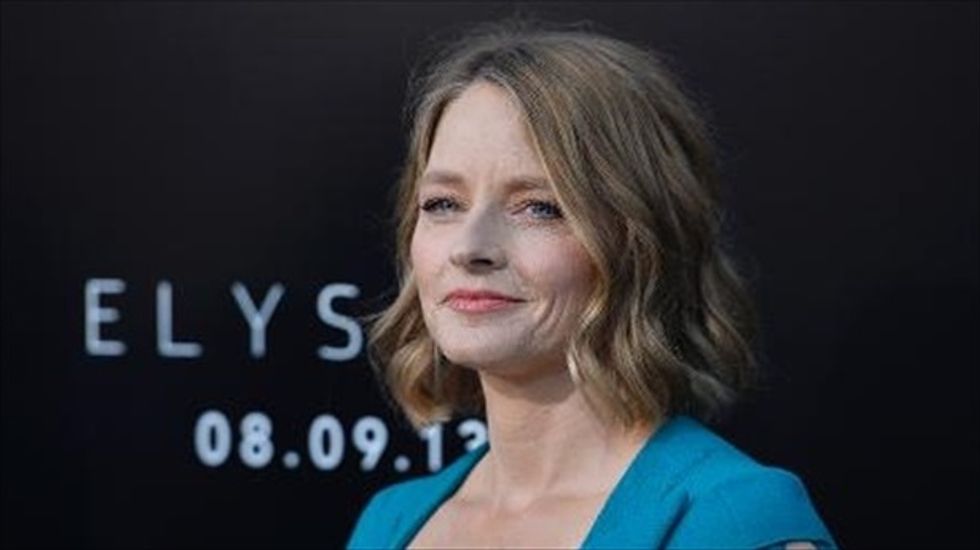 Foster, who made a speech at last year's Golden Globes widely seen as her official coming-out, tied the knot with photographer Hedison at the weekend, according to People magazine.

The couple had been dating for almost a year, it said. The 51-year-old star's publicist, Jennifer Allen, confirmed the details, but gave no further comment.

The photographer, whose work has been shown in collections worldwide, has also directed and been an actress, including on Showtime's lesbian drama series The L Word.

Foster and Hedison began dating last summer, according to E! News, which first reported their wedding. "It's pretty serious," a source told E! News in September, adding: "They're totally in love."

Foster is best known for playing FBI agent Clarice Starling, seeking the help of serial killer Hannibal Lecter (played by Anthony Hopkins) in tracking down another multiple murderer in The Silence of the Lambs.

She won a best actress Oscar for that role. Three years earlier, she won her first Academy Award, also for best actress, for The Accused.

Her other credits during a more than four-decade career range from Martin Scorsese's Taxi Driver in 1976 to 2002's Panic Room and last year's sci-fi blockbuster Elysium.

At the January 2013 Golden Globes, Foster hailed her female ex-partner Cydney as "one of the deepest loves of my life" -- while denying it was a coming-out speech, saying she had done that "back in the Stone Age."

The couple had been together for 20 years but split in 2008, although they continued to co-parent their two sons.

Foster, long rumored to be lesbian, surprised the Globes audience by announcing she had a confession to make, saying she had "a sudden urge to say something that I've never really been able to air in public."

Pointing to Bernard, she called her "my heroic co-parent, my ex-partner in love, but righteous soul sister in life, my confessor, ski buddy, consigliere, most beloved BFF of 20 years."

Foster said she was proud of their "modern family" including their two sons, Charlie and Christopher, "who are my reason to breathe and to evolve, my blood and soul."

Her new partner Hedison says her work as an artist is important, but equally crucial is being true to herself.

"Be who you are -- whatever you are," she has said, according to IMDb. "I have to do my photography because that's my work and it makes me so happy."