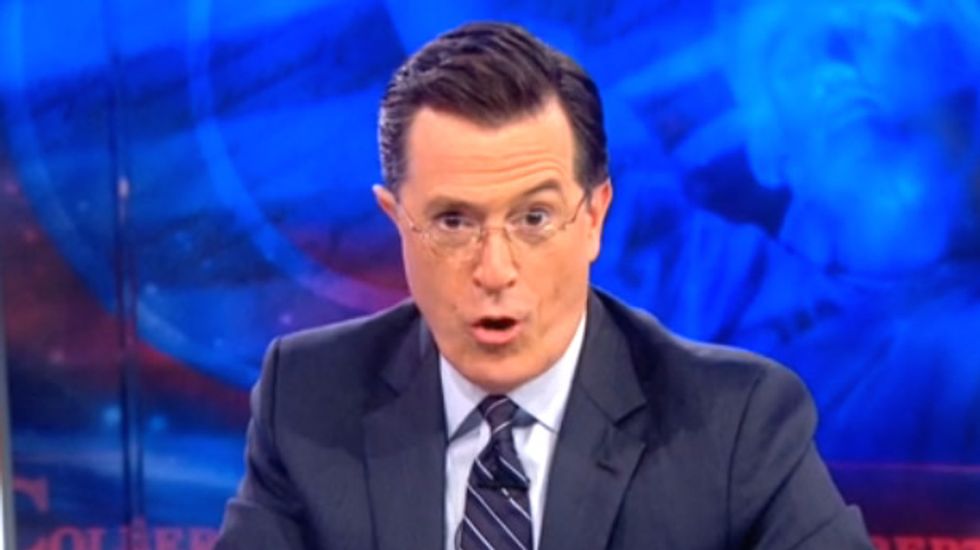 On last night's episode of The Colbert Report, Stephen Colbert used the occasion of Earth Day to discuss the downside of "going green."

"I especially feel close to Mother Earth on this Earth Day because we finally have proof that this planet doesn't like liberals any more than I do," Colbert began.

After playing an excerpt from a gleeful Fox Business Network host who's laughing while informing viewers that ethanol -- a corn-based fuel additive -- may actually "be harmful to the environment," Colbert enthusiastically agreed, saying "trying to help is pointless."

"You see, according to the first environmental study I've ever read, making ethanol by 'removing all those corn leftovers from fields could actually hurt the ability of soil to absorb carbon dioxide.'"

"And absorbing CO2 is crucial our planet's health," he continued, "because there's a ton of it in the air for some reason."

"We already know," he said, "that wind power separates migrating geese into bird pepperoni. So it's only a matter of time now before we learn that solar power relies on clubbing baby seals -- those shiny panels are made from the gleam in their eyes."

Watch the episode of The Colbert Report that aired on April 22, 2014 below via Hulu.