'Stepping on their own tail': Rachel Maddow questions the timing of Kathleen Sebelius' exit 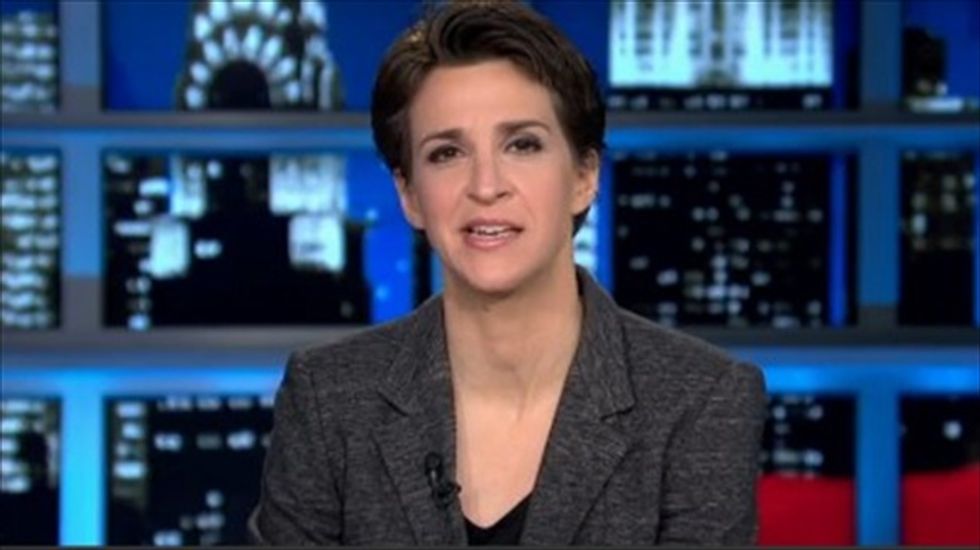 "Now Kathleen Sebelius has to go?" Maddow asked pointedly. "Why now? Because the administration can't resist stepping on its own tail and turning the first good news cycle they have had about Obamacare since it passed into a story, instead, about firing people for Obamacare's failures? Why now?"

Sebelius' departure, Maddow said, came the same day after she announced that 7.5 million people had signed up for coverage under the health care exchanges implemented under the law, continuing its successful turnaround after a glitch-plagued rollout last fall.

Maddow also played a clip of Sebelius telling Huffington Post Live last week that she would "absolutely" remain at her post for the second round of the exchange enrollment process this November.

"Now she's out," Maddow said. "Thus turning the only good Obamacare news cycle this White House has had in years into one that ends with a resignation, which Republicans had been clamoring for for years."

Mother Jones Washington D.C. bureau chief David Corn told Maddow he felt Sebelius' departure represented "quasi-Mission Accomplished," given the eventual turnaround for the enrollment process under her watch, and wondered if perhaps Sebelius needed to break away after being "exhausted" by the heavily-scrutinized roll-out. But Maddow didn't seem convinced by his reasoning.

"To me, this is like a team being sort of like a comeback team -- starting off having a bad season at the start of the season and then winning the championship," Maddow told Corn. "And then running around with the cup like, 'We did it! We did it! We're the champs' and then they stop halfway through their victory lap to fire the head."

Watch Maddow's commentary and interview with Corn, as aired Thursday on MSNBC, below.