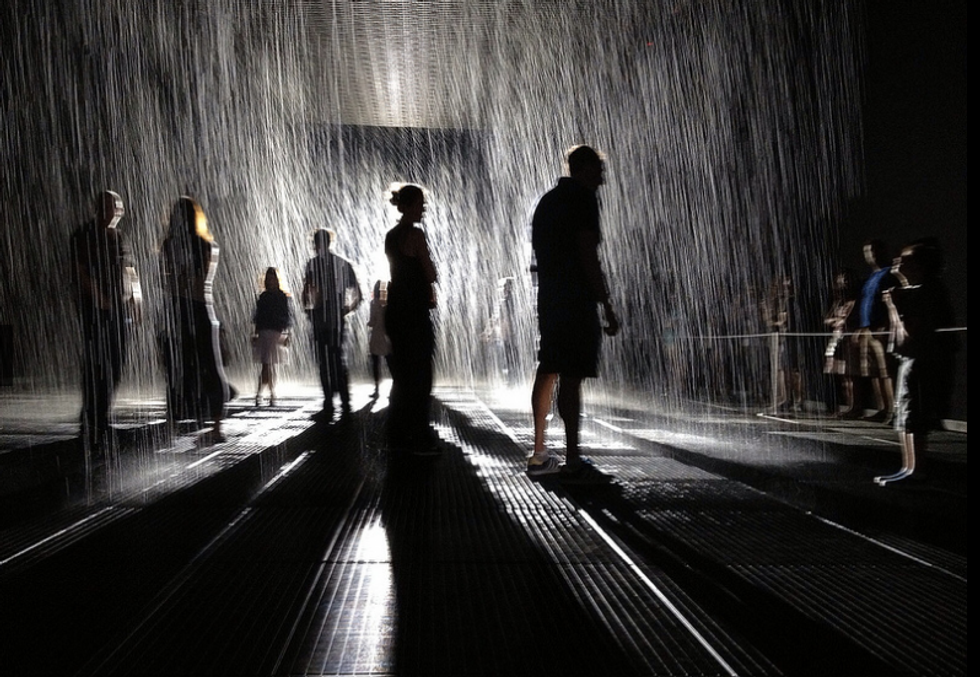 A long-simmering dispute between the director and trustees of New York's Museum of Modern Art and the city's artists and cultural commentators has broken out into the open, revealing a split that threatens to undermine the cohesion of the world's greatest modernist collection.

The argument focuses on a plan for expansion that includes demolishing the architecturally unusual former home of a folk art museum adjacent to Moma's headquarters on West 53rd Street. The aim is to turn its much-loved sculpture garden into a public space or "art bay" with a focus on "spontaneous events" and crowd-pleasing – or "enlivening and participatory" – performance art.

Few artists have come forward to criticise museum director Glenn Lowry, yet privately they voice support for Agnes Gund, a prominent collector and board member, who last week said she did not want to "see the museum become a mere entertainment centre".

They accuse Lowry of shutting them out and letting the museum become a slave to corporate interests because he has sided with its trustees, a list that includes some of America's wealthiest people. Moma, they say, has sold its soul.

"Artists are horrified that the trustees are prepared to destroy the museum to accommodate Lowry's vision," said one prominent painter familiar with the collective thinking of his peers. "They believe it's a death knell for the place."

The bitterness stems in part from two previous expansion efforts. A decade ago, a $1bn Lowry-led expansion designed by the Japanese architect Yoshio Taniguchi served to create a vast atrium ineffective for showing art and dozens of galleries too cramped to do justice to masterpieces of the 20th century from Picasso's Les Demoiselles d'Avignon to the American masters of abstract expressionism.

Last month New York magazine art critic Jerry Saltz described how he had listened to architecture firm Diller Scofidio + Renfro describe the expansion in terms of accessibility, flow, institutional interfacing with the city, connectivity, navigational legibility, surgical interventions and gestures of variation. "The more I heard and saw, the sicker and sadder I got. Somewhere inside me, I heard myself saying my goodbyes to Moma. I thought: I have seen the best modern museum of my generation destroyed by madness."

Former Moma curator Robert Storr claims Lowry "simply does not understand modern and contemporary art and is rivalrous with the people who do".

Lowry, 59, told the New York Times he is empathetic to the feelings of "a community we really care about". But he dismissed concern about the construction programme and said that what was important was "the collection, the programmes and the people".

But the dispute focuses attention on institutional expansion in an era when art and art institutions are used as tools of civic development and land reclamation. Globally, there are now 55,000 art museums, up from 23,000 two decades ago. In 2012, American museums had 850 million visitors. The world's most popular museum, the Louvre in Paris, had 10 million visitors last year.

With that popularity, their purpose has changed from scholarship and learning toward entertainment, and the fear is that directors may now be more interested in revenue and fundraising parties than art itself. Tate director Sir Nicholas Serota has described museums as "a forum as much as a treasure box".

Kenneth Hudson, author of Museums of Influence, recently told the Economist that the most fundamental change which has affected museums is the now "almost universal conviction that they exist in order to serve the public".

Critics of Moma's expansion say they don't begrudge increasing numbers of visitors, or necessarily the loss of the American Folk Art Museum.

They point to the expansion of the Tate. By leaving the original galleries intact but expanding to the South Bank (and to Liverpool), the institution helped to preserve the qualities of the original while expanding and helping to regenerate neglected areas.

While other New York institutions, including the Whitney and the Metropolitan Museum of Art, have found ways to adapt and expand, Moma has rejected going beyond its original site, including the opportunity to take over vast former CBS TV studios in the rundown Hell's Kitchen district.

Moma's expansion troubles may touch on larger issues facing museums. Their taking on of the "grow or die" philosophy of financial institutions amounts to an inevitable dilution of quality, many believe. "There are no economies of scale in art," says critic Dave Hickey. "Expanding the scale isn't going to increase the percentage of good art."

He believes the latest expansion is part of a plan to monetise performance art and to please patrons. "If they were real patrons, they would use their patronage to admit people for free. This is just a hook for box office."

For the art world, the issue of Moma is acute. With art now treated as a market commodity – or, in the words of one artist, "poker chips for billionaires" – museums entrusted with scholarship are relied on as institutional stalwarts against corporate and market pressure.

But artists fear Moma is in danger of selling out. "It takes decades to build up the reputation of a museum but moments to tear it down," says the prominent painter. "They're going to have spent $2bn but will have achieved nothing except to satisfy their own vanity."