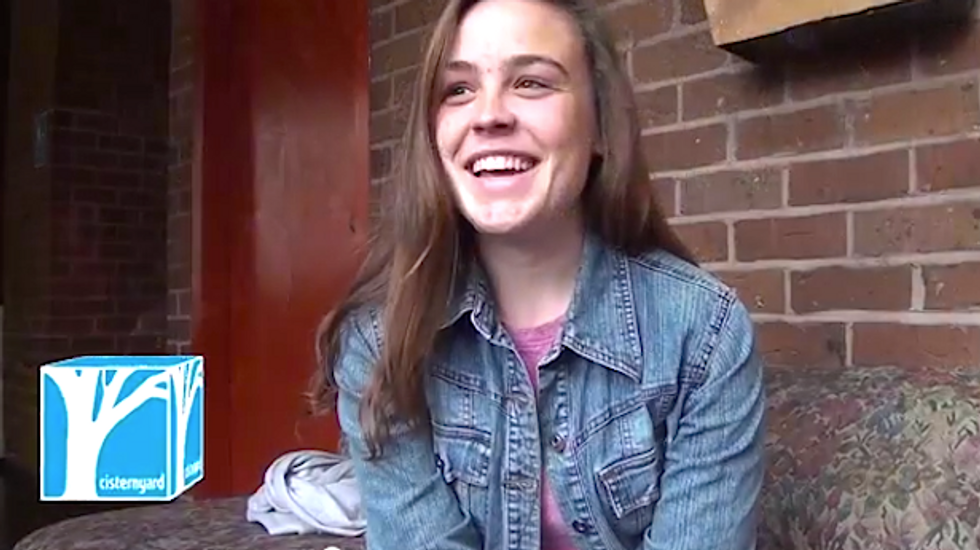 Students at a South Carolina public university are snapping up tickets to the musical "Fun Home" after state lawmakers approved a proposed cut in school funding over the critically acclaimed lesbian memoir on which the musical is based.

Outraged over the proposed budget cut for the College of Charleston, which was triggered by a freshman reading assignment, the cast of the Pulitzer Prize-nominated show volunteered to put on two performances of selected songs from the musical at the college without pay.

Little more than a day after the box office for both Monday performances opened, 900 of the 1,500 available tickets had been sold for $10 or $15 apiece, a spokeswoman for the liberal arts college with 11,000 undergraduate students said on Friday.

"The legislature's punishment of the college for teaching 'Fun Home' just feels ridiculous," said Alison Bechdel, whose 2006 memoir recalls growing up a lesbian with a closeted gay father in rural Pennsylvania. She will be on hand for the performances on Monday.

In March, the Republican-controlled state House voted to slash the school's budget appropriation by $52,000, the amount the college spent on its summer reading program. The program included Bechdel's book, a bestseller that was nominated for a National Book Critics Circle Award, for incoming freshmen.

Republican Representative Garry Smith told Reuters he proposed the cut after a parent complained about the book's "graphic pictures of two females having sex" and because the college did not offer another choice for summer reading.

The school, whose founders in 1770 included three signers of the Declaration of Independence and three framers of the U.S. Constitution, has said participating in the summer reading program was optional.

The Republican-led Senate is now considering the cut, which critics have called an assault on academic freedom.

The College of Charleston has been buzzing with talk about gay rights ever since a faculty member, in response to the proposed spending cut, reached out to the creators of the recent Off Broadway musical.

The college has raised about $20,000 that will be used in addition to the ticket sale proceeds to cover food, lodging and travel expenses for the cast, said Todd McNerney, chairman of the college's department of theater and dance.

Also helping to fund the effort is a community foundation grant from the family of Harlan Greene, head of Special Collections at the college's library, who said the shows "will spark debate on an issue that has been bringing, frankly, all kinds of negative and hate-filled reaction."

Greene said the state's political stance on gay rights is similar to its resistance to racial integration in the 1950s and 1960s.

In 2006, South Carolina voters approved an amendment to the state constitution that bans same-sex marriage.