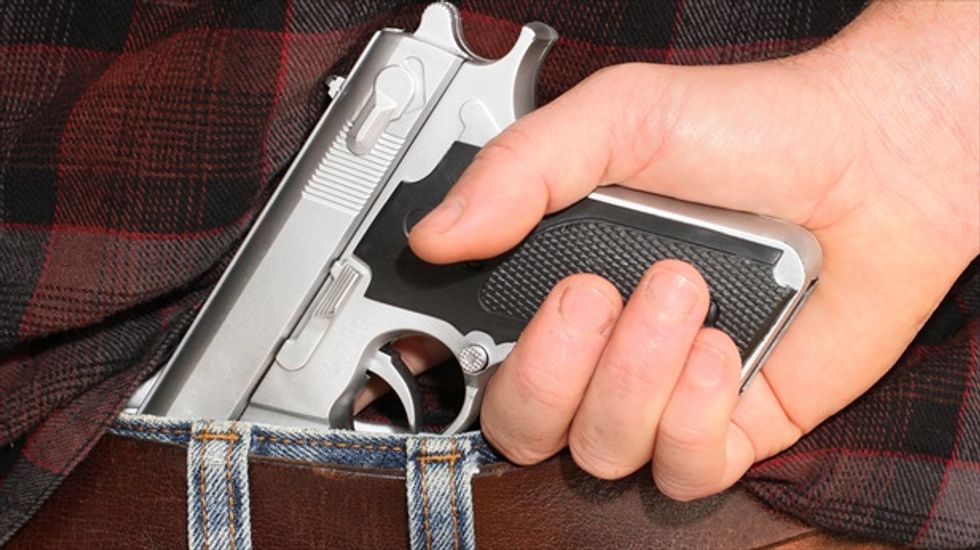 KANSAS CITY, Missouri (Reuters) - A man who went on a weeks-long shooting spree on Kansas City, Missouri, highways has been charged with 18 felony counts, including firing into vehicles and striking occupants, prosecutors said on Friday.

Mohammed P. Whitaker, 27, who was arrested on Thursday at his home, is believed to have acted alone in the string of shootings, said Jackson County Prosecutor Jean Peters Baker.

In a series of seemingly random attacks that left the Kansas City area on edge, Whitaker is accused of opening fire at cars in a dozen incidents on highways in and around Kansas City, 11 of them from March 18 to April 6.

Armed with a .380 caliber handgun, Whitaker appears to have opened fire from his own vehicle by positioning it in the blind spots of his targets, prosecutors said.

"I'm so pleased to be able to announce charges against a defendant for these horrible acts," Baker told a news conference.

Kansas City Police Chief Darryl Forte said he could not provide a possible motive in the shootings.

Authorities had said the shooter wounded three people in cars, with none of those injuries being life-threatening, and a probable cause statement filed in court also stated that three people were hurt in 11 incidents. Police previously cited another shooting linked to the spree on March 8.

Michael Mansur, spokesman for the Jackson County Prosecutor, said that more charges against Whitaker could be filed in a continuing investigation.

Whitaker faces a possible maximum sentence of life in prison if convicted of the most serious charges against him, Mansur said.

No shootings related to this case have been reported since Kansas City police went public last Friday with their investigation, which includes local police and federal agents.

Forte said the case came into sharper focus on April 3, when a police analyst flagged seven shootings on area roadways as possibly being linked. The subsequent investigation was helped along by tips from the public, which Forte said were crucial.

Charging documents detail how investigators got a tip including a license plate number on April 9, then tailed Whitaker for days as he drove around the Kansas City area, seeing him wearing a dark hooded sweatshirt and sunglasses.

Investigators were following Whitaker last week when he sought to buy a handgun with a built-in laser sight from a seller he first met online, according to the documents. The seller told authorities he backed out of the transaction when Whitaker declined to provide identification.

[Image: "Pistol Concealed In A Man's Waistband," via Shutterstock]