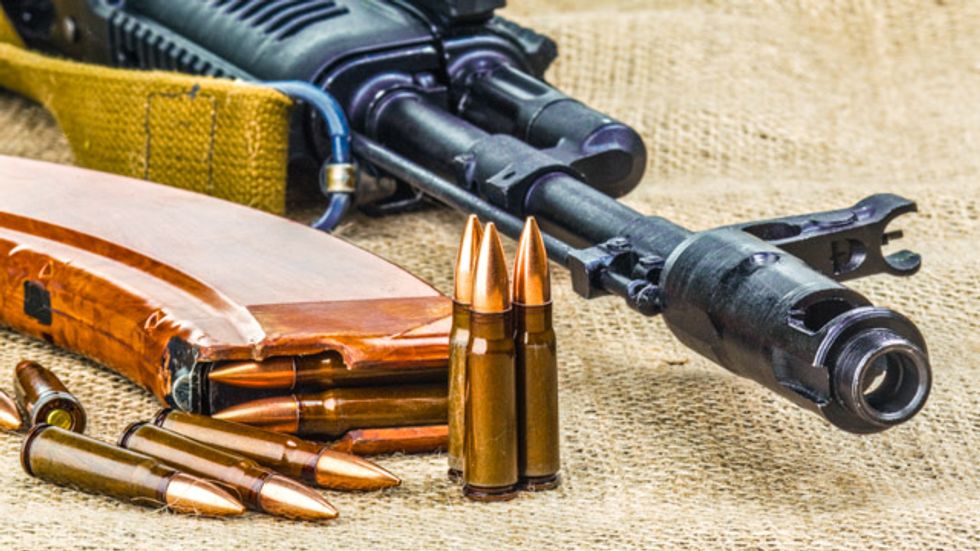 A student in Texas reportedly admitted to bringing multiple guns -- including an AK-47 assault-style rifle -- to school on Monday in a plan to commit violence if his demands were not met.

According to the San Antonio Express-News, the parents of the 17-year-old male student reported him as a runaway to the police when they woke up and determined that he was not at home. KSAT reported that the parents also found that three guns were missing in the home.

After the student was located at Madison High School, two of the loaded guns and a knife were found by searching his backpack. The teen admitted that an AK-47 had also been hidden in a trashcan in a school restroom.

"The student had said that he planned making some demands over the [public address system] announcements later today at Madison High School," North East Independent School District spokesperson Aubrey Chancellor told KSAT. "He didn't say specifically what those demands were, but he did says if those demands were not met, he had planned on committing violence."

It was not immediately clear if the student had planned a mass shooting, but authorities said they would continue to talk with him.

The San Antonio Express-News reported that Texas school districts "lost millions in attendance revenue" in recent days after email threats warned of a mass shooting at a school.

[Photo: background with the cartridges and the AK47 via Shutterstock.com]