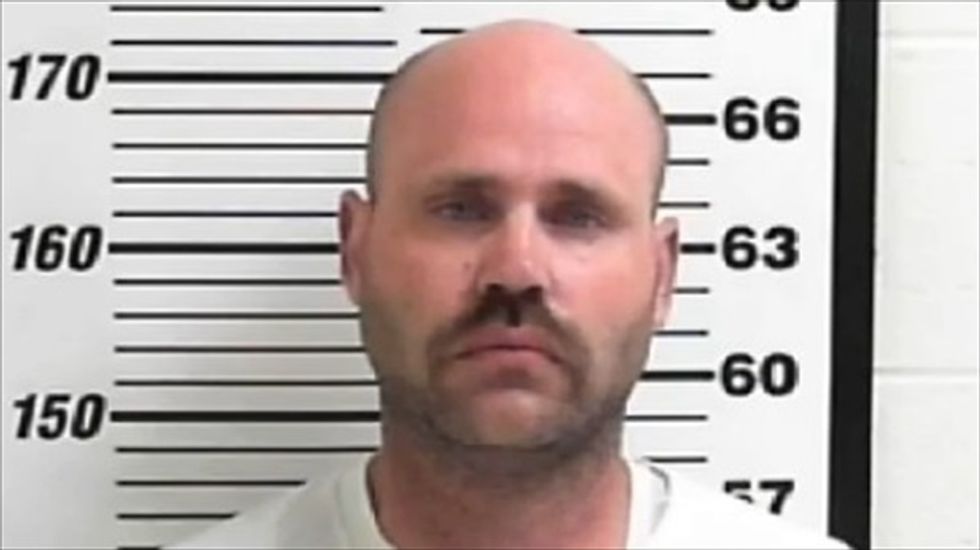 KUTV-TV reported that Jeremy Rose was charged last week with ten counts of sexual exploitation of a minor, two counts of voyeurism, obstruction of justice, and stalking.

"There was no incidents with him whatsover," Sgt. Todd Hunsaker, Rose's supervisor during his stint in the Tremonton Police Department, was quoted as saying. "No disciplinary actions. He was exemplary."

The suspect reportedly told investigators that after the girl told him about the email that he advised her "not to, not to even d*ck around with it and I will leave it at that. I’m going to leave it at that."

A search warrant on a Dropbox account registered to "Warington" revealed that the google mail accounts for both Rose and "Warington" used the same IP address. The account allegedly contained almost 200 nude or nearly-nude photos of the girl. She was told that the photos were not published in public; instead, they were allegedly sold to private buyers, and that she would be paid more money if she posed wearing less clothes.

When the girl contacted "Warington" asking to put an end to their arrangement, she was told to send more photos to settle a $5,650 debt "Warington" would incur in that case.

When confronted by the teen, Rose denied impersonating a member of the company while saying they could both be sued. However, she told police that the suspect promised to "take care of things," at which point she stopped receiving emails from the other online identities.

The Salt Lake Tribune reported that Rose is also accused of possessing nearly 1,000 images of the teen that were taken without her knowledge while she was in her bedroom after showering or bathing. His trial will be transferred to the state's 2nd District Court in Ogden after his original judge, Ben Hadfield recused himself from the case, citing a prior acquaintance with the suspect.

Watch KUTV's report, as aired on Friday, below.