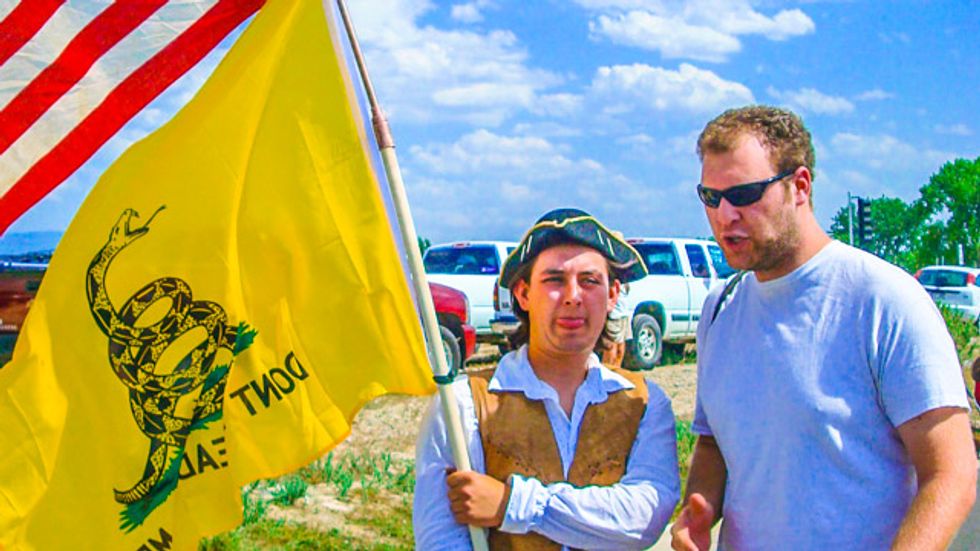 When Republicans in Wisconsin meet for their annual convention next month, one of the topics on the agenda will be whether the party supports seceding from the United States if necessary.

According to the Milwaukee Journal-Sentinel, the Wisconsin Republican Party's Resolutions Committee voted earlier this month in favor of a proposal that says the state GOP "supports legislation that upholds Wisconsin's right, under extreme circumstances, to secede."

Fringe Republicans managed to defeat more moderate members of the party who were hoping to reject the proposal at the April 5 meeting. The proposal was adopted on a split vote with only a few changes.

Delegates will get the final vote on whether the so-called "state sovereignty" resolution is included in the party platform at the convention in Milwaukee on May 2-4.

Gov. Scott Walker (R) recently said that the proposal did not align "with where most Republican officials are in the state of Wisconsin — certainly not with me."

Last year, residents of Wisconsin asked the White House to allow them to secede from the Union by filing a petition with the White House's We The People website.

"This is not cute. This is not funny," UW-Milwaukee Professor of Governmental Affairs Mordecai Lee told WITI. "I’m not sure if we should take it seriously in the sense of even paying attention to it. I’m not really sure if we should take it as a funny joke of these peculiar, abhorrent, odd-ball activities, or if this is a signal — a kind of above-the-water-line iceberg that’s telling us things are still really divisive in America."

"I think we need to put it pretty bluntly — talking about secession is being a traitor to America," he added.

Watch the video below from WITI, broadcast in November of 2013.