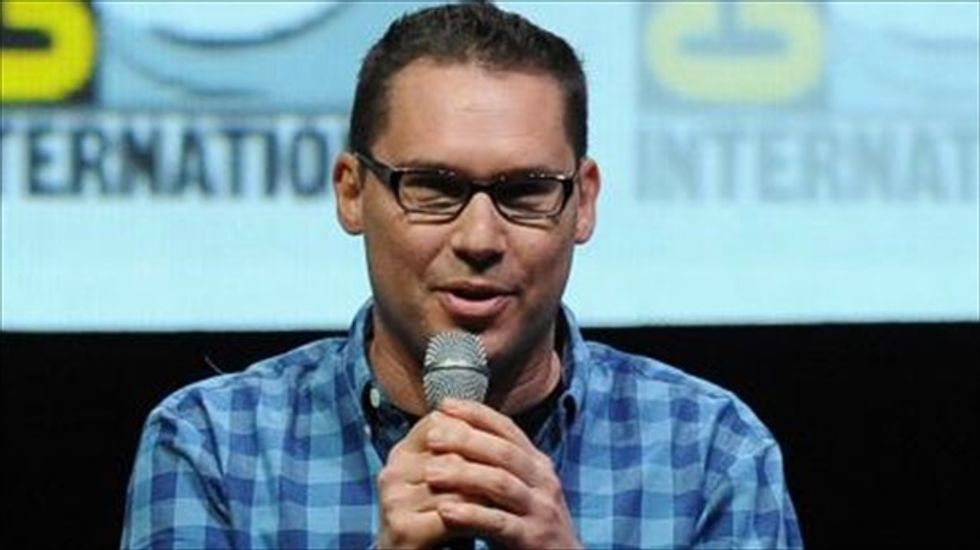 U.S. filmmaker Bryan Singer said Thursday he will not help promote the release of his latest X-Men blockbuster next month, to keep the launch free of distraction by sex abuse claims against him.

Singer said a lawsuit filed in Hawaii last week was a "sick twisted shake down" attempt to get money out of him, weeks before the release of X-Men: Days of Future Past.

"The allegations against me are outrageous, vicious and completely false. I do not want these fictitious claims to divert ANY attention from X-Men: Days of Future Past," the director said in a statement.

"Out of respect to all of the extraordinary contributions from the incredibly talented actors and crew involved, I've decided not to participate in the upcoming media events for the film."

But he added: "I promise when this situation is over, the facts will show this to be the sick twisted shakedown it is. I want to thank fans, friends and family for all their amazing and overwhelming support."

The latest X-Men movie, starring Patrick Stewart, Ian McKellen and Hugh Jackman, is due out on May 23 in the United States, and around the world on that date or a few days before.

Last week a 31-year-old former child actor and model filed a lawsuit against Singer in Hawaii claiming the filmmaker drugged and raped him when he was a minor 15 years ago.

Flanked by his attorney Thursday, Michael Egan III said the blockbuster director forced him to have sex at parties in California and Hawaii in the late 1990s, when he was 17 years old.

"You were like a piece of meat to these people, they would pass you around between them" at the parties, said Egan, calling his attackers "evil."

"We look forward to our bringing a claim for malicious prosecution against Mr Egan and his attorney after we prevail," said the attorney, Marty Singer, last week.

The lawsuit is "an attempt to get publicity at the time when Bryan's new movie is about to open in a few weeks," said Singer, who is not related to the director.

Egan's lawyer Jeff Herman denied the timing of the lawsuit was linked to the upcoming X-Men film release, saying it was due to a legal "window" in Hawaii where he had to file before April 24 -- Thursday.

Egan also filed legal action last week against three other Hollywood executives, claiming that he was forced into a "sordid sex ring" in the entertainment industry.

Herman said in reported comments Thursday that there may be more lawsuits on the way against major Hollywood players.

“I’ve heard from dozens and dozens alleging they were abused in Hollywood as minors,” Herman told the LA Times.

“We’re investigating those cases. I expect I’ll be filing many more (lawsuits). I intend to expose every Hollywood pedophile and predator I can identify.”