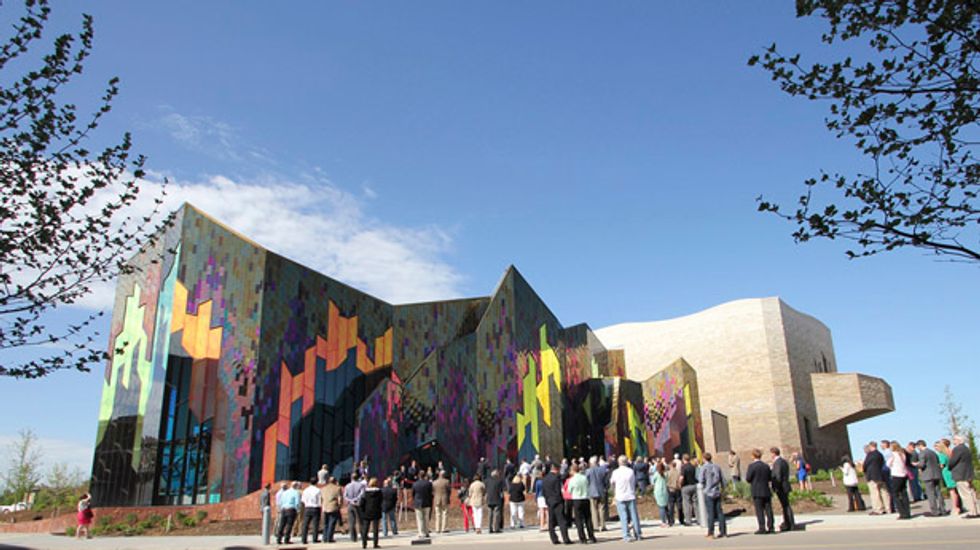 WASHINGTON (Reuters) - A collection of 85 million-year-old fossils including a fish as big as a great white shark with a face like a bulldog has been donated to a new Kansas museum after an outcry from scientists helped scrap a San Diego museum's plans to sell them at auction.

The San Diego Natural History Museum last November reversed its plans to sell the fossils, which could have fetched hundreds of thousands of dollars at auction, after critics argued such valuable prehistoric material should stay in the public domain.

The donation was announced on Sunday by the San Diego museum and the Museum at Prairiefire in Overland Park outside Kansas City, Kansas, a $28 million institution set to open on Monday.

The decision coincides with a lively debate in the museum community over institutions selling off parts of their collections to raise funds.

"We were just over the moon to be offered these items," Uli Sailer Das, executive director of the new museum, said in a telephone interview. "We think it's a vote of confidence in us as a new institution that the San Diego Natural History Museum entrusted us with these objects."

The five items being donated were unearthed in Kansas in the early 20th century by famed fossil hunter Charles Sternberg.

They include a 16-foot-long (4.9 meters) skeleton of a bony fish called Xiphactinus, one of the terrors of an inland sea that covered the region in the Cretaceous Period towards the end of the age of dinosaurs. Xiphactinus, known for its bulldog-like jaws, probably preyed on other fish, squid and even big flightless diving birds.

Another of the fossils is a 17-foot-long (5.2 meters) skeleton of a Platecarpus, a medium-sized genus of marine reptile called a mosasaur that fed on fish and squid.

These two fossils are due to go on display in early June.

Catherine Forster of George Washington University, president of the Society of Vertebrate Paleontology, expressed relief that the fossils had not been auctioned.

"When you have good specimens, there's a stewardship issue here. If museums aren't going to take care of them, then this is a major issue. If you don't take care of the specimens and they get sold out of the public realm, they're essentially lost," Forster told Reuters.

Michael Hager, president and CEO of the San Diego museum, said in an email his institution was very pleased to see the fossils "repatriated to Kansas where they were collected nearly 100 years ago by Charles Sternberg".

Hager's museum had said previously the auction plan was not intended for financial gain or to minimize the importance of the fossils. It said museum officials had decided to find a way to "allow the fossils to remain in the public trust."

Mark Norell, chairman of the division of paleontology at the American Museum of Natural History in New York, helped arrange the donation and called it "a good outcome."

"I really sort of decry these kinds of plans when museums start liquidating their stuff just for the purpose of operating. I'm glad they didn't go to auction and I'm glad the professional community responded the way it did," said Norell, whose institution will provide exhibitions for the Kansas museum.

Fossils can command top dollar at auction. For example, the Tyrannosaurus rex skeleton dubbed "Sue" fetched $8.3 million in 1997. It is now on display at the Field Museum in Chicago.

(Reporting by Will Dunham; Editing by Gareth Jones)