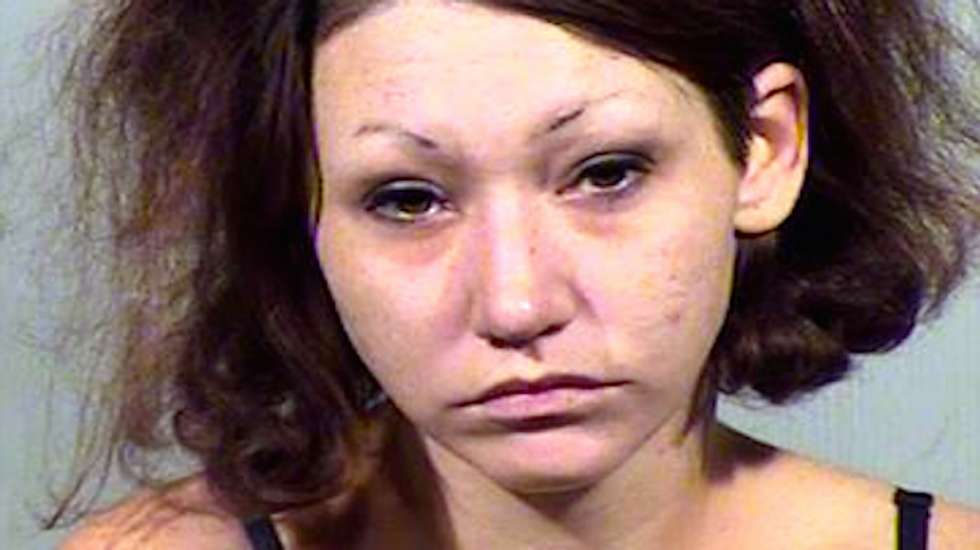 An Arizona woman was arrested at the weekend on suspicion of forcing a three-year-old girl to eat her own feces after the girl defecated in a bathtub, court records show.

Nicole Candelaria, 28, was arrested Saturday and booked into jail in Tempe on suspicion of child abuse after the girl -- her boyfriend's daughter -- reported the incident to the girl's mother, according to a police probable cause statement.

The child, along with her two siblings aged 5 and 3, had spent six days with their father before returning to the mother on Friday. Candelaria had looked after the children while the father was at work, according to a police statement.

The girl told authorities that Candelaria became enraged after her accident, made her eat the feces and forcibly held the girl on a toilet, police said. The child's allegations were corroborated by her siblings.

A forensic medical exam showed bruising to the girl's vagina, chest, back, legs and sides, according to the police statement, with injuries to her sides consistent with being held on the toilet. The cause of the bruising to the vagina was not clear, police said.

Candelaria denied the allegations and countered that the girl is a frequent liar, the statement said. She posted $5,400 bail on Sunday and is scheduled to appear in court Friday.