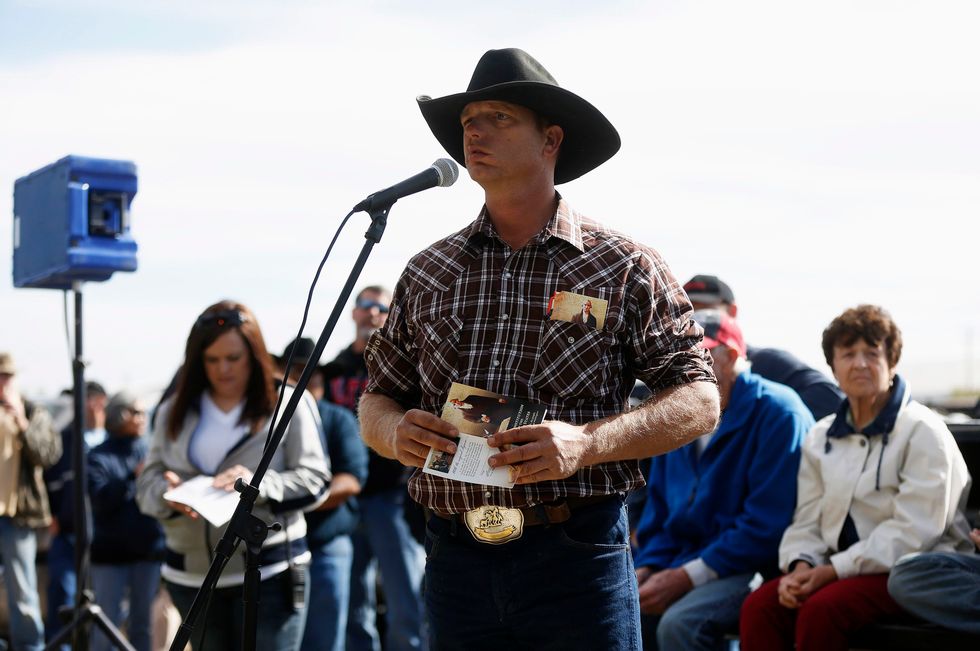 Hundreds of activists seeking to directly challenge federal control of swathes of territory in the U.S. West on Saturday drove dozens of all-terrain vehicles into protected land in Utah that is home to Native American artifacts and where such journeys are banned.

The ride into Recapture Canyon, which comes amid heightened political tensions, is a protest against indecision by federal land managers on whether to reopen canyon trails to recreational vehicle use after more than seven years of study.

About 300 people rallied at a nearby park before dozens of people, some of them armed with guns, set off in about 60 ATVs down a closed-off trail, which winds through red rock desert. The local sheriff had armed officers on horseback monitoring the protest.

The dispute is the latest squabble between conservative states' rights advocates in Utah and across the West, who want to take back millions of acres of public land over which federal agencies have authority. More than 60 percent of Utah's land is under federal control.

The canyon in the Four Corners region of Utah is home to the ruins of ancient dwellings and other cultural resources of Ancestral Puebloans. The Bureau of Land Management closed the area in 2007 after an illegally constructed trail was found and some artifact sites were damaged.

"After seven years, it's become apparent that they are not earnest in doing what they said they were going to do," San Juan County Commissioner Phil Lyman, who organized the ride, said, adding he was aware he could be arrested or cited for encroaching closed areas in violation of federal rules.

The ride comes in the wake of last month's armed standoff between supporters of Nevada rancher Cliven Bundy and federal land managers who unsuccessfully sought to seize his cattle by force over his longstanding refusal to pay grazing fees.

Bundy has called for his army of supporters, nearly 1,000 of whom rallied at his ranch last month, to participate in the Recapture Canyon ride as a show of solidarity.

Robert Bowring, a retired school principal, said he had enjoyed off-road driving on the trail for years, and that Saturday would be the first time he had been on since it was closed.

"We feel like we have the country's best interest at heart," he said, adding that the BLM had exaggerated the damage done.

The BLM said it regretted the ride was going forward despite an entreaty by the agency to cancel it, adding it would seek "appropriate penalties" against anyone who violated the law.

"Recapture Canyon is public land belonging to all Americans and contains ancient cultural sites and artifacts that are at serious risk of being destroyed or damaged," said Juan Palma, BLM Utah State Director.

Sheriff Rick Eldredge said there were BLM law-enforcement officials present at the canyon. He said the protest ride had been peaceful and no arrests had been necessary.

County officials sought a right of way through the canyon more than seven years ago and proposed giving up a claim to the southern end in hopes of gaining BLM approval. The agency has not yet decided the issue.

Utah Governor Gary Herbert, a Republican, said his office was working closely with the BLM to resolve the dispute.