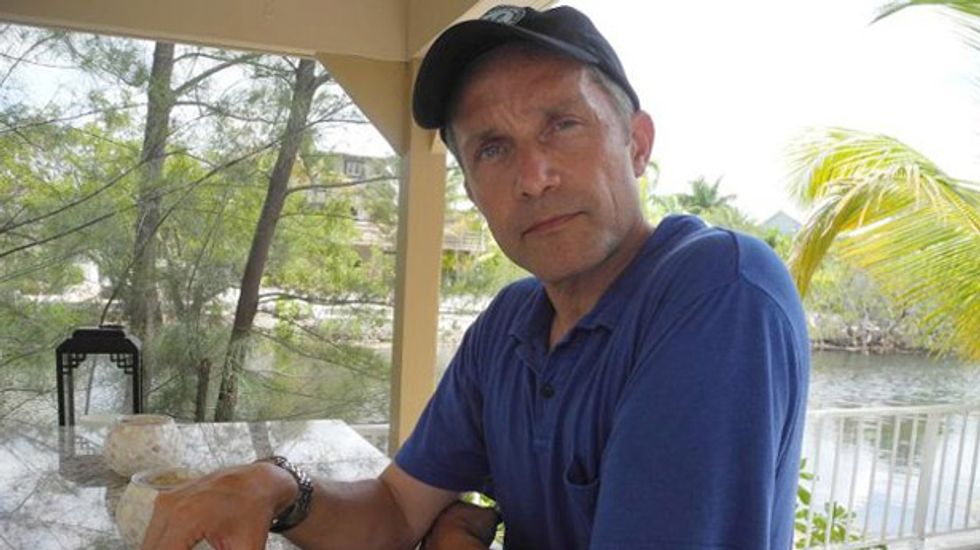 A grandson of French oceanographer Jacques Cousteau will be following in his forebear's lgendary wake, heading Sunday to the deep for a record 31 days.

"It is symbolic for me personally, because my grandfather (and team) spent 30 days underwater in the Red Sea 50 years ago," Fabien Cousteau, 46, told AFP in the Florida Keys.

The younger Cousteau will take part in experiments and work with documentary filmmakers in an undersea lab called Aquarius off Key Largo, south of Miami.

It features Internet, air conditioning and portholes to take in the views, plus higher-than-normal atmospheric pressure.

If he makes it to his target, Cousteau said he will break his grandfather's record to "honor" his legacy and "his aquanauts and all the previous aquanauts who have done such fantastic work".

Three of the researchers, led by Cousteau, will stay put under water until July 2, observing sea life, the effects of pollution on coral and of long-term underwater stays on people.

Every day, they will be able to dive for about 12 hours until 10:00 pm, when they will rest for eight hours.

Cousteau's grandfather, who died in 1997, used to say that "in order to film a fish, you have to become a fish," Fabien Cousteau recalled.

"And what better way to film the unknown and the final frontier on our planet, than to actually become a fish for 31 days."

"This is a very complicated and difficult endeavor, it's a very unique project," cautioned the younger explorer.

And he knows more than a thing or two about the family business, having grown up on his grandfather's vessels Calypso and Alcyone, and having started diving at four years old.

Yet fast-paced technological progress made since his grandfather died changes what researchers can do on such an expedition in many ways.

"It's the first time that a Cousteau expedition has ever been able to invite the world in real time" thanks to the Internet, the explorer said, noting that teammates would be able to speak to students during the effort.

The explorers can be followed on a live feed at www.mission-31.com.

"My grandfather must have dreamed of this but didn't have the technology to do it," Cousteau said with a smile.

"It is like living in a very small apartment with five of your new best friends" but with very high humidity, he added, noting that the team "will miss things like family and friends, in my case my dog."

Life in Aquarius "is very difficult. It is very humid inside. We have an air conditioner all the time just to try to keep the living quarters semi-dry," Cousteau explained.

"We will be getting regular deliveries of clothes, so every few days every four or five days we will get new t-shirts from the surface."

Readjusting to normal atmospheric pressure and gradually moving up toward the surface -- takes a staggering 18 hours.

Those who are taking part have been training for weeks, including contingency plans in case of an emergency.

For this Cousteau, getting the chance to stay under the ocean for a month is a dream come true.

"Every time I get wet and go diving is a sense of bliss, a sense of peace," he said.

Life beneath the ocean surface "is like a play. It unfolds in front of your eyes and you see new colors and new characters," Cousteau added.

The first 30 years of Cousteau's life were often spent by his grandfather's side, joining in his adventures.

"Almost always, I was working as a crew member as of the age of 7," Cousteau recalled. He did all the jobs on the boat, including scraping rust off motors.

"There was no favoritism," said Cousteau, the famed oceanographer's first grandson.

The family has continued the legacy of Jacques Cousteau, who made dozens of documentaries about undersea exploration.

And a fourth generation of explorers is now forming, after Fabien's sister had a son, who is now 2.5 years old.