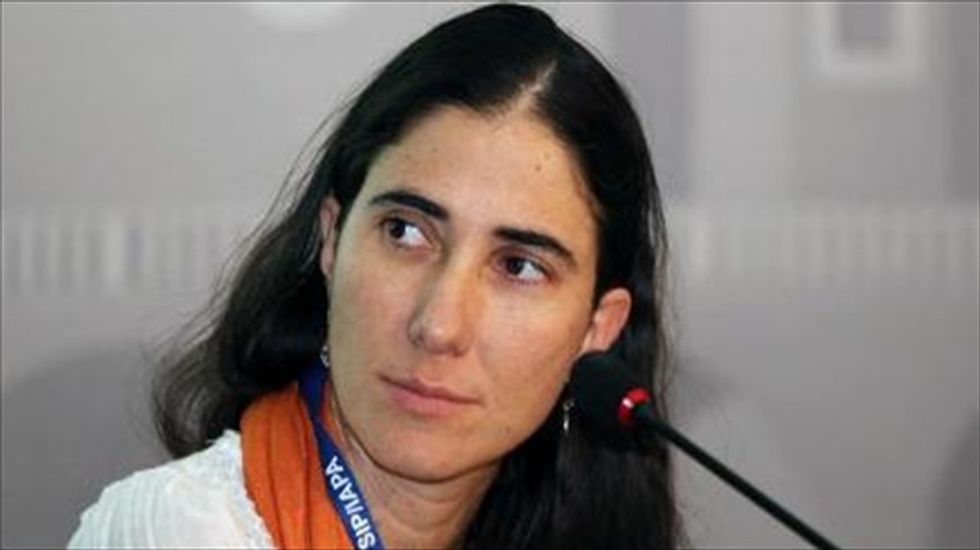 Cuban blogger Yoani Sanchez during a conference in Puebla, Mexico, on March 9, 2013 [AFP]

Blogger Yoani Sanchez announced Thursday that her planned digital newspaper "14ymedio" will see the light May 21 to become the first independent Cuban news outlet in half a century.

Sanchez, 38, whose prize-winning blog Generacion Y is known for its critical take on her communist-ruled homeland, said she was braced for a propaganda campaign against her by the government of President Raul Castro.

"It will be a difficult road, she wrote on her blog.

Some members of her team had already received "their first warning calls" from state security, she added.

Describing the digital newspaper as "a space to tell stories about Cuba from within Cuba," she expressed hope it "will help and accompany the necessary transition that will take place in our country."

Sanchez had hoped to have the newspaper running already, she said, but "I have to recognize that the technology at times is very ... very capricious."

When she first announced plans for the digital newspaper April 8 in Miami, a bastion of anti-Castro opposition, Sanchez said the newspaper would be distributed via cellphone and email, as well as through digital memory devices like USB flash drives, DVDs and CDs.

The government, which has exerted tight control over the island's media since the early 1960s, has accused Sanchez of spearheading a U.S.-backed "cyberwar" against Cuba.

"In the past weeks we have experienced a preview of how the official propaganda will try to Satanize us for having created this media," she said.