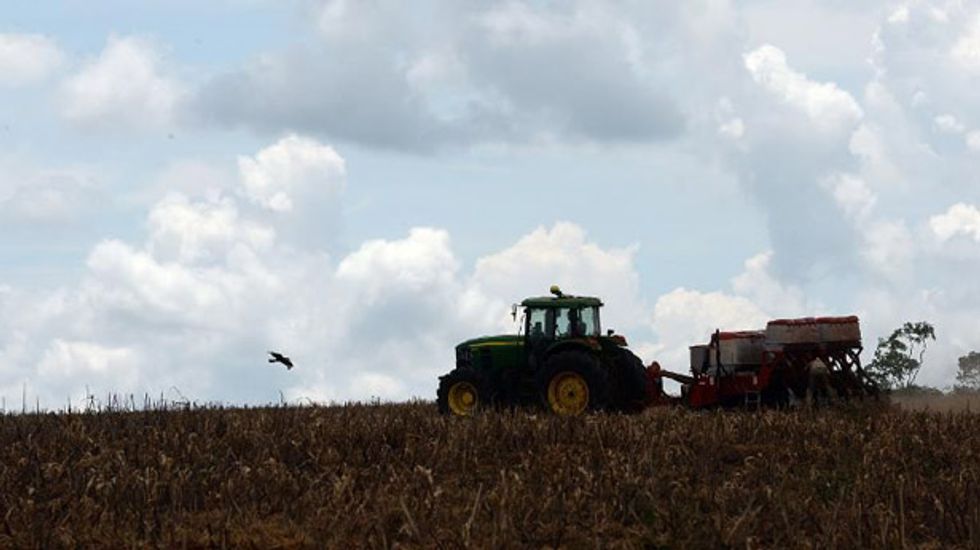 Scientists from the United States and Germany discovered one such reserve in Nebraska, up to 6.5 metres (21 feet) under the surface, composed mainly of vast quantities of burnt plant material.

"We found almost comparable amounts of carbon stored in this deep soil layer than we would in the top one metre of soil under a grassland vegetation," study co-author Erika Marin-Spiotta of the University of Wisconsin-Madison told AFP.

The find suggested "that we are potentially grossly underestimating how much carbon is stored belowground in our global inventories."

Such ancient fossil soils are found all over the world under river, volcano and other sediments, said Marin-Spiotta.

Most will remain buried, but some will be exposed over time.

Carbon in soil can be released as Earth-warming carbon dioxide into the atmosphere through microbial decomposition, which is more common closer to the Earth surface than deep down.

"Only recently have scientists become more concerned about deep soil carbon as we are finding it is more reactive than we ever imagined," said Marin-Spiotta.

Most research is done in the top 30 centimetres of soil.

"Our study shows that burial over time can lead to very high amounts of carbon in depths beyond those inventoried," she added.

"There is probably a lot more out there than we know."