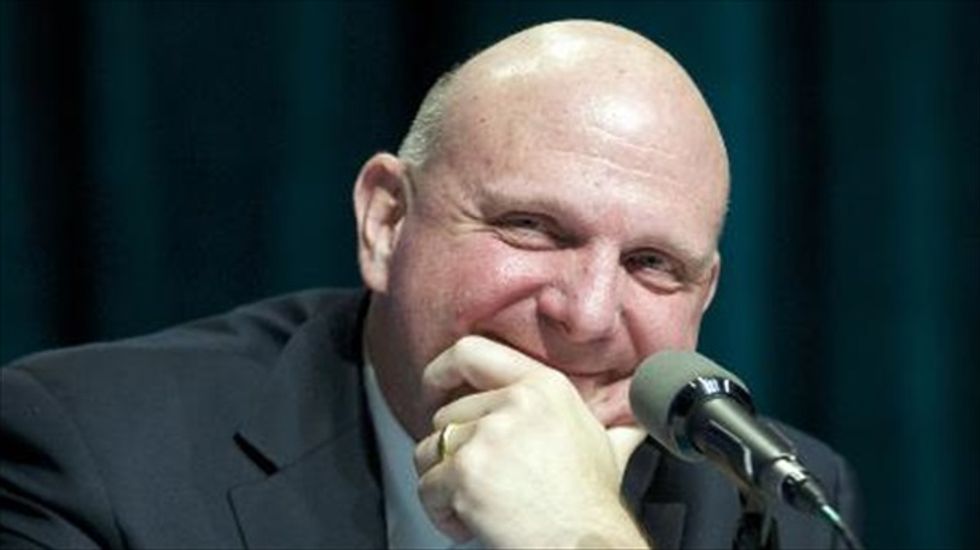 Former Microsoft chief executive Steve Ballmer has offered $1.8 billion for the Los Angeles Clippers, Forbes magazine reported Thursday, with owner Donald Sterling facing moves by the NBA to strip him of the club.

Citing "a person familiar with Ballmer's interest" in the Clippers, as well as another source with knowledge of the bids Sterling's wife Shelly has received, the US financial magazine reported on its website that Ballmer's offer package "is strong."

Shelly Sterling was passed control of the team last week by her husband, who has been banned from the NBA over racist remarks that became public in April.

The league contends that under the terms of their franchise agreement, Shelly Sterling would lose her ownership stake at the same time as her husband if -- as expected -- he is told to sell up by fellow NBA owners.

The club was recently valued by Forbes at nearly $600 million, but there has been speculation that it could fetch over $1 billion thanks to its location in a large and potentially lucrative US market and upcoming negotiations regarding money-spinning television rights.

Multiple US media outlets had reported that Shelly Sterling was accepting bids for the club, even as Donald Sterling vowed to fight the league's effort to force him out.

In his response on Tuesday to the NBA's charges against him of conduct detrimental to the league, Donald Sterling said the league's sanctions -- which also include a $2.5 million fine -- are illegal because they are based on a recording made without his knowledge.

On Wednesday, the NBA said league officials were reviewing the responses from both Sterlings and remained on course for next Tuesday's hearing, which could seal their fate.