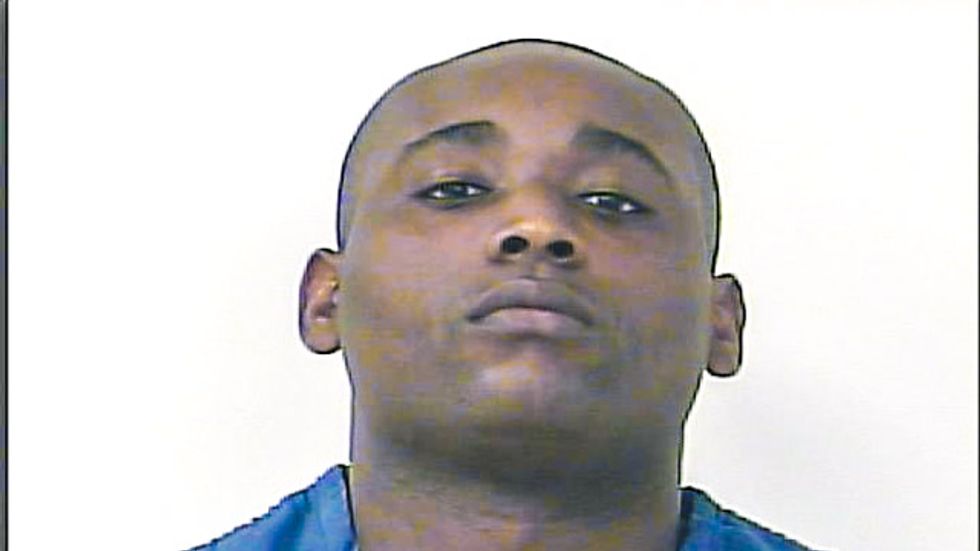 A Florida man allegedly went on a shooting spree this week, killing a 70-year-old man and wounding a 7-year-old boy, after he got in an argument with a girlfriend who refused to buy a "Triple Whopper" hamburger for him.

According to WPEC, 28-year-old Jamie Marie Young told Port St. Lucie police that she met 24-year-old Brandon Lamar Hawkins at a local Burger King on Tuesday to borrow a laptop for her daughter and to buy him a Triple Whopper.

But the meeting ended after the two argued over the status of their relationship. Young explained to police that Hawkins had as many as four girlfriends.

"After the meeting, Hawkins told police he became angry over not getting the Triple Whopper he wanted, so he drove to Young's house at 213 SW Kentwood Road," WPEC reported.

A police report said that Hawkins put a gun to the head of Young's daughter. When Young tried to escape from the home with her 7-year-old son, Hawkins apparently opened fire.

She later found her son bleeding from stomach wounds in the yard, and her 70-year-old stepfather had suffered multiple gunshots to the head.

The police report said that Hawkins fled in a black pickup truck, and he was captured in the home of another girlfriend, where he was hiding.

The stepfather later died after being taken to a local hospital. The 7-year-old victim was in critical condition on Wednesday, but doctors said that they expected him to survive.

In an interview with police, Hawkins said that he had been aiming for Young, and he regretted missing his target. But he had a history of arguing with Young's stepfather, and expressed no regret over the man's death.

"The only thing he had remorse for is the shooting of the 7-year-old. In reference to Mr. Williams and everything else he did, he felt this was righteous... he felt justified," Port St. Lucie Lt. Scott Beck said at a press conference on Wednesday.

Hawkins was placed in custody on charges of first-degree murder. On Thursday, a judge granted him public defender, but ordered him held without bond.

He also is facing two counts of attempted first-degree premeditated murder, and one count of aggravated assault with a deadly weapon without intent to kill.