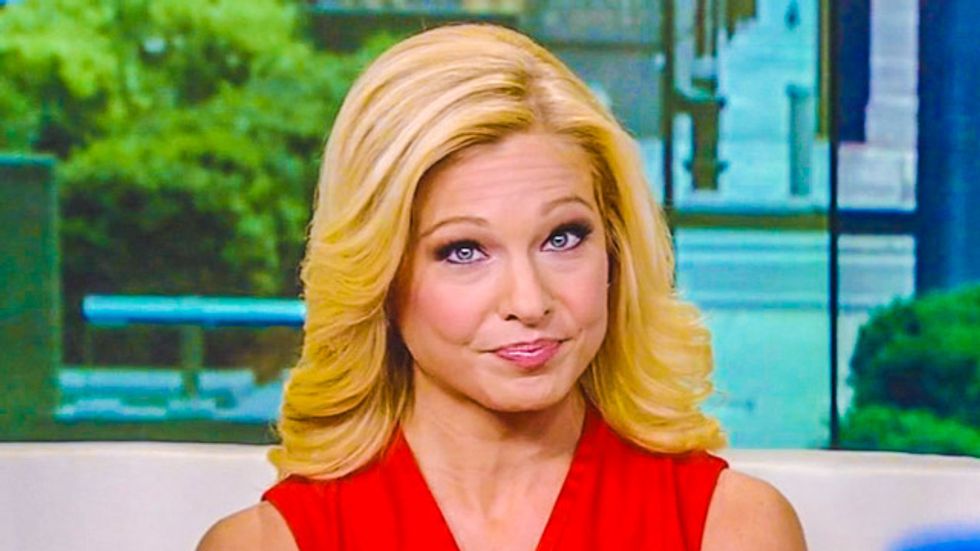 The hosts of Fox News' morning show Fox & Friends on Sunday suggested President Barack Obama was to blame for both the 2012 terrorists attacks in Benghazi and missing Malaysian Flight 370 because he had failed to destroy al Qaeda.

After the state department released an email late last month about how former U.N. ambassador Susan Rice prepared to talk about the Benghazi attack on Sunday news shows, Fox News renewed its focus on the topic. And Sunday morning on Fox & Friends was no different.

"The president, you know, wanted to make sure that he could fit his narrative: GM is alive, Osama bin Laden dead, al Qaeda is on its heels," host Anna Kooiman explained. "And we have some new information out today that 11 terrorists with links to al Qaeda have been reportedly arrested in Malaysia in connection with the disappearance with that missing airliner with 239 people onboard."

Over the weekend, the Daily Mirror had reported that 11 terrorists with links to al Qaeda were being questioned about Flight 370. But by Sunday morning, Malaysian police were reportedly calling the allegations "rubbish."

"Why haven't we heard about this?" co-host Clayton Morris asked. "Apparently this happened like last week, according to Malaysian officials, that they rounded up these terrorists that may have been involved, that they may have some how gotten onboard and hijacked this aircraft, but did not come forward. Which is odd about this, usually al Qaeda claims responsibility almost immediately."

In conclusion, co-host Tucker Carlson admitted that al Qaeda had denied involvement with the missing plane.

"But I guess the point here is this investigation continues," he said. "There's probably a lot going on we don't know about."