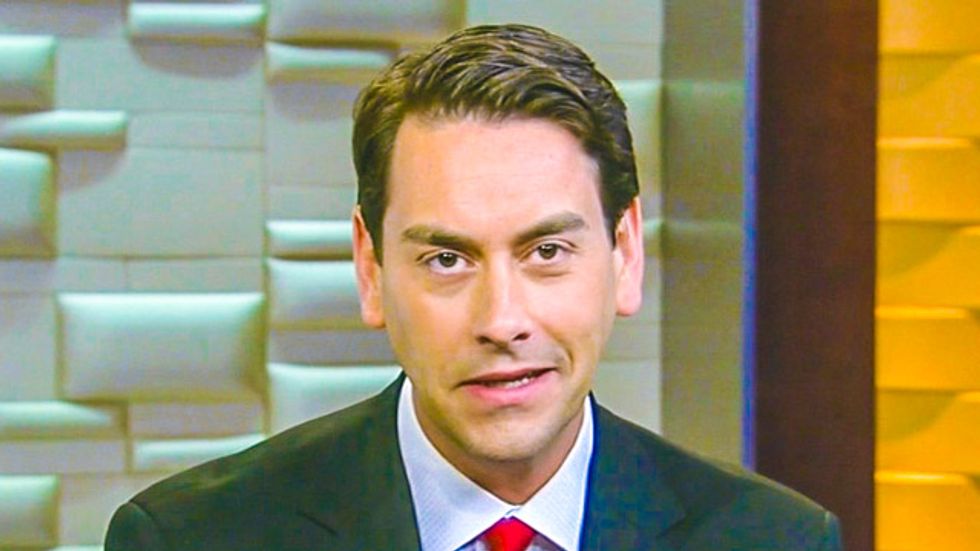 Fox News host Clayton Morris argued over the weekend that women "breadwinners" could be emasculating men by violating their "innate" biology.

On the Sunday edition of Fox & Friends, Morris asked several guests if there was a "problem" after a Pew Research Center study released earlier this month found that about 25 percent of women made more than their husbands.

"Are female breadwinners a problem?" Morris wanted to know. "Is there a problem with men earning less in the household, and do you think that it could cause big marital problems?"

After Fox Business host Kmele Foster agreed that women earning more could cause problems because it was "running against convention," Morris suggested that there was a biological reason that men should earn more money.

"Isn't there some sort of biological, innate need for me to be the caveman?" he wondered. "Go out and bring home the dinner. Is it emasculating if we don't do it?"

Kris Schoels of YoungMarriedChic.com opined that "problems can arise" when families do not follow "traditional gender roles."

"Is there a biological need for the man to take care of the women here?" Morris asked Miss New York USA 2013 Joanne Nosuchinsky, who recommended finding a man who was not insecure about his wife earning more.

Morris then suggested that Nosuchinsky could "lose respect" for a stay-at-home dad.