Game of Stoned: Seth Rogen and Snoop Dogg smoke pot and talk about 'Game of Thrones' 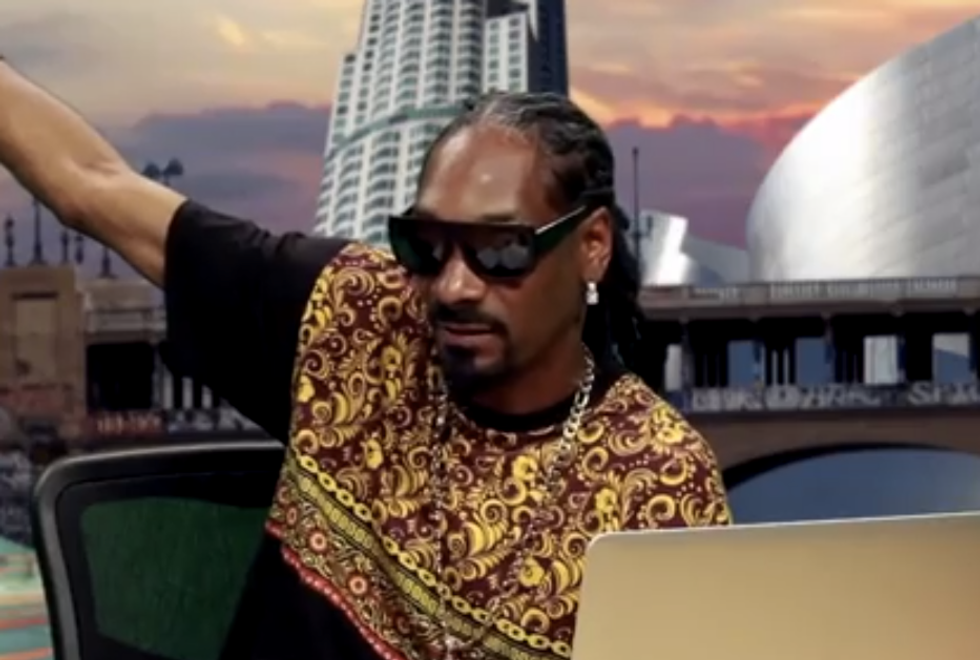 In the video embedded below, actor Seth Rogen joined rapper Snoop Dogg at the GGN Hood News Desk to smoke a joint and talk about the HBO series "Game of Thrones," based on the books by George R. R. Martin.

"For the first time?" asked Rogen.

"No, I've watched the whole series," replied the rapper. "The little midget, they keep saying he was in love with a whore. And his father was going to hook him up, but he couldn't shut his ass up."

Snoop was referring to the character Tyrion Lannister, on trial for the poisoning of his nephew Joffrey. Twyin Lannister, Tyrion's father, offered him a chance to confess and be permanently banished to the Northern Wall, but Tyrion refused, demanding a trial by combat.

Snoop went on to do an impression of actor Aiden Gillen as Petyr Baelish, prompting Rogen to say that HBO should hire the two of them to do a weekly recap of the popular series.

"I'd watch the shit out of that," agreed Snoop.