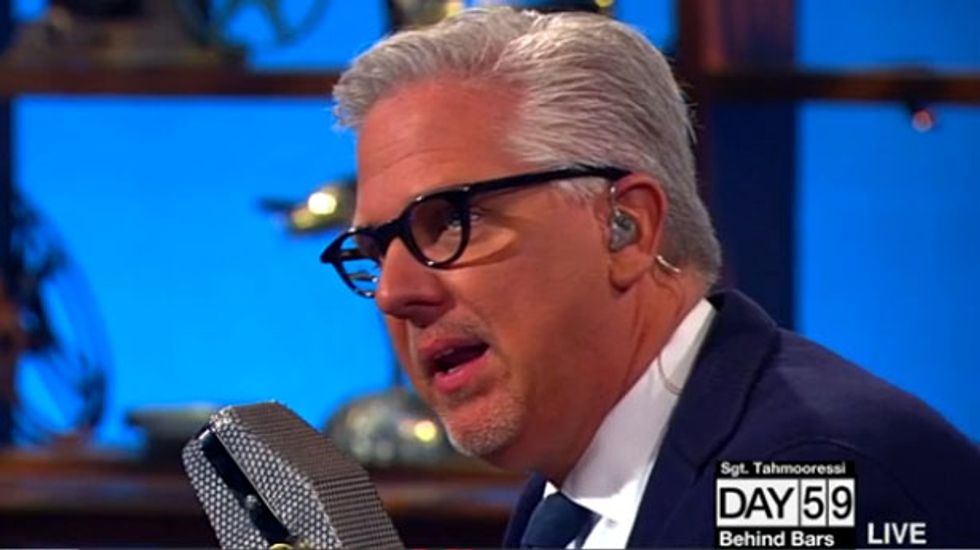 Glenn Beck on Thursday defended an insensitive segment about rape statistics that was repeatedly aired on TheBlaze TV. Beck said the segment, featuring host Stu Burguiere, was being unfairly attacked by leftists in the media. After explaining how his own family was torn apart by sexual abuse, Beck vowed to continue fighting for the truth despite the criticism.

However, the segment was based on a lie.

In the segment, Burguiere claimed that a study recently pointed out by the White House wrongly classified various sexual encounters as rapes just because the women were drunk or felt pressured. He argued the Center for Disease Control and Prevention's National Intimate Partner and Sexual Violence Survey (NISVS) purposefully misclassified these situations in an effort to "massively inflate" rape statistics.

To prove his point, Burguiere had two men -- one dressed in drag -- act out situations that the study allegedly defined as rape. In each case, Burguiere jumped into the scene with a sign that had the word “rape” printed on it.

"Yes, it's true, those are real examples from the survey," he concluded. "Now are those things annoying? Yes. But is convincing someone to sleep with you because you're sad the equivalent of a sexual assault? I mean, that is just absurd."

But -- as some have pointed out -- none of the situations in Burguiere's segment were classified as rape in the NISVS.

The study of 16,507 adults asked respondents whether they had engaged in unwanted sexual activity after "being pressured in ways that included being worn down by someone who repeatedly asked for sex or showed they were unhappy; feeling pressured by being lied to, being told promises that were untrue, having someone threaten to end a relationship or spread rumors; and sexual pressure due to someone using their influence or authority."

The NISVS classified being pressured in such a way as "sexual coercion" -- not rape. Sexual coercion, wanted sexual contact, and non-contact unwanted sexual experiences were all in a category called "sexual violence other than rape."

Rape was defined as completed or attempted unwanted penetration through the use of physical force or threats of force. The study also classified rape as having sex with a person who is unable to consent due to being unconscious or incapacitated by drugs.

The NISVS found that 18.3 percent of women reported being raped in their lifetime, while 44.6 percent experienced "sexual violence other than rape."