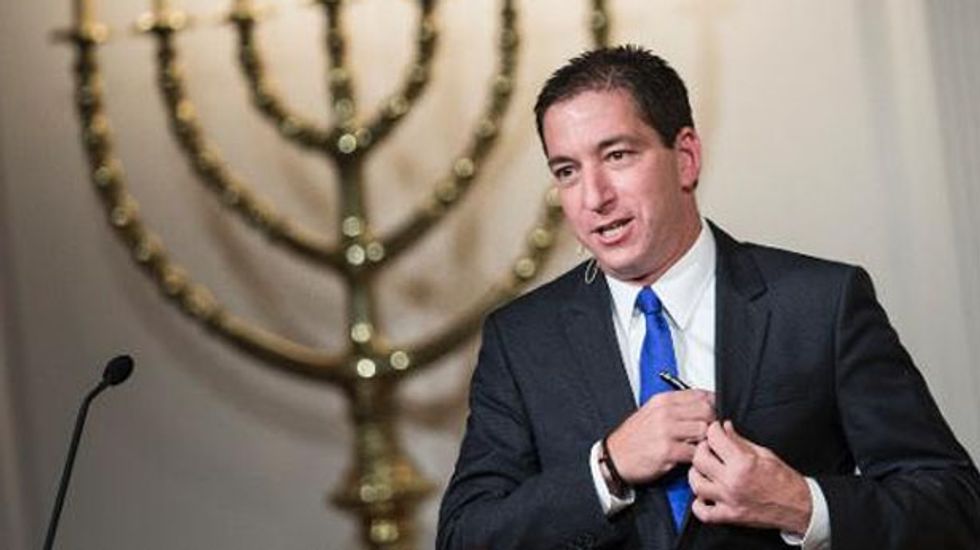 Journalist Glenn Greenwald said his book describing the sequence of events around Edward Snowden's release of classified documents demonstrates the fugitive former contractor was neither "reckless" nor "treasonous."

In an appearance in Washington, Greenwald said the former National Security Agency contractor carefully sorted the material into items he felt should be made public and those in which he asked the journalists he met to decide on whether to publish.

"There was other information he was insistent should not be published," Greenwald told a group as part of his tour promoting his book, "No Place To Hide," released earlier this week.

"He did not come forward in order to harm the United States," said the journalist who led the Pulitzer Prize-winning team at The Guardian that broke the story about NSA surveillance based on Snowden's files.

"He could have sold those documents for tens of millions of dollars."

At the meetings in Hong Kong, Snowden "wanted us to go one by one and publish them journalistically," Greenwald said.

And Snowden was adamant that he be identified as the source, even though he knew it meant he would face prison.

Greenwald said he spent a long time trying to understand Snowden's motivations and at first was "overwhelmed with dissonance and confusion," but eventually determined that Snowden chose to release the documents as an act of conscience.

Greenwald offered a harsh view of the response of many mainstream media outlets to the initial reports about Snowden and the leaked documents.

"So much about what has been said is wildly false," he told the audience at the Sixth and I Historic Synagogue in downtown Washington.

He said some media pundits, possibly influenced by government officials, claimed initially that Snowden was "a Chinese spy," and that when he turned up in Russia, "those same people accused him of being an agent of Vladimir Putin."

Others accused Snowden of being "a narcissistic fame-seeker," Greenwald added.

"Within 24 hours, all of those journalists who had never met Edward Snowden were able to analyze him," he quipped.

"And actors who play the role of journalists on TV were pleading with me to be the first to interview him."

Greenwald said the problem with many media outlets is that they "amplify mindlessly claims of the government" without trying to discern the facts.

He argued that in view of the revelations showing that many statements by government officials were false, "we ought to have at least an iota of skepticism when these claims are made."

Greenwald said there will be more revelations from the Snowden files, but declined to offer any specifics.

"It's not because I don't want to scoop myself. But these are stories that are difficult to tell," he said.

It will take time to examine the legal and political implications of the documents, but Greenwald maintained that when the final articles are published, "it will reshape how he view these revelations."